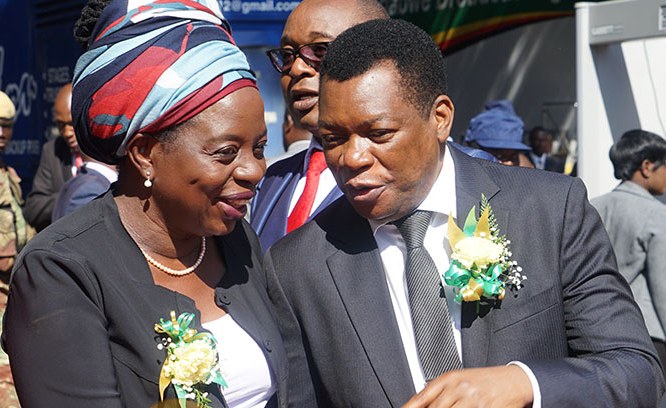 A former Zimbabwe Revenue Authority (Zimra) officer, Kennedy Nyatoti is in trouble after it emerged that his lifestyle did not match his earnings as a revenue officer.

Prosecutor General (PG) Kumbirai Hodzi has approached the High Court seeking to have his suspected unlawfully acquired assets and wealth be forfeited to the State.

It is alleged that Nyatoti was employed by Zimra for only two years but he managed to buy an expensive stand in the upmarket Mabvazuva suburbs and completed to build a world class house, all worth over US$150 000 yet his total earnings for the period he served as a revenue officer is around US$44 000.

Nyatoti is also said to have bought vehicles for his wife, Tatenda Chisadza who was cited as the Second Respondent in the court application, his sister, Portia Nyatoti and his mother using State funds.

In the court application filed by Hodzi, through Kelvin Mufute, a principal public prosecutor in the National Prosecuting Authority (NPA), it was revealed that this only shows that he corruptly obtained the wealth.

“In the course of my daily work, I perused a case file in which Zimra conducted a lifestyle audit on Nyatoti who is Zimra former revenue officer.

“I observed that Nyatoti was employed permanently in that capacity on September 20 2016,” said the prosecutor in the court application.

“As a result of my perusal of the said file, I formulated an opinion that Nyatoti and Chisadza failed to justify the acquisition of both movable and immovable property identified by Zimra as having been acquired by them during the period between 2014 and 2019.”

According to the court application, Nyatoti acquired a Nissan Skyline 2001 model, registration number AEA0215. The vehicle was acquired in January 2016.

The court papers further show that Nyatoti revealed that he bought the vehicle for his sister Portia when he was interviewed about the car.

He also acquired a Honda CVR ADX8352, registered under his wife’s name in February 2016.

According to court papers, Chisadza paid 75 percent to the purchase price of the vehicle while Nyatoti contributed US$6 000.

Nyatoti also bought a residential stand valued at US$150 000. He went on to build and complete a house between December 2017 and April 2018.

He also allegedly bought a Honda Fit registered in his mother’s name in March this year.

“The first respondent’s (Nyatoti) net earnings from his employment with Zimra during the period between October 2014 and May 2018 when he completed building his house amounted to $44 907.

“I am satisfied that in the context of Nyatoti’s source of income whose net earnings from his employment with Zimra during the period between October 2014 and May 2018 amounts to US$44 907 58. He has failed to justify his acquisition of the specified property.

“In the circumstances such as this where the two did not fully account for their acquisition of the specified property, this honourable Court is justified to conclude that the property is of illicit origin and therefore tainted property for purposes of declaring the same forfeited to the State,” said Mufute.

He went on to submit that in terms of the Money Laundering and Proceeds of Crime Act, there is evidence on a balance of probabilities that the identified property constitutes proceeds of crime.

Zimra loss control officer, Blessings Majoni said Nssa decided to carry out an audit on Nyatoti’s lifestyle after receiving a tip-off that he was acquiring properties using funds from corrupt activities and abused his office to obtain the funds.

Majoni said she conducted searches for motor vehicles at Central Vehicle Registry (CVR), conducted bank searches and interviewed Nyatoti together with his wife.

She said Nyatoti failed to account for the source of funds for the purchase and construction of the upmarket house and for his vehicles.