Zimbabwe: No One Will Starve – Mnangagwa 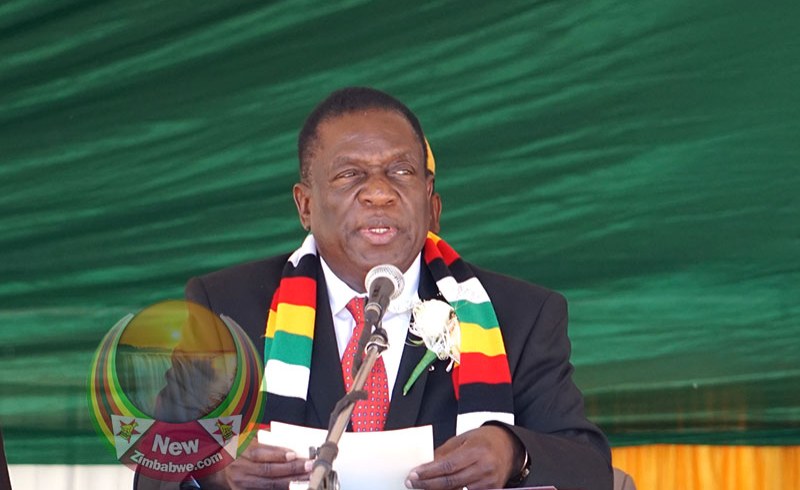 PRESIDENT Mnangagwa has assured the nation that no one will die of hunger as Government has enough grain reserves to assist the needy.

The President implored structures of Government and traditional leaders to identify everyone in need of assistance so that resources can be channelled accordingly.

For the first time, Government is also starting to distribute food aid to the vulnerable and food insecure in urban areas, as it broadens its social safety nets.

Speaking at a ground-breaking ceremony for commencement of works on the 6,5km stretch of the Harare-Chirundu Highway, President Mnangagwa said he had been briefed by Mashonaland West Minister of State of food insecurities in some areas.

“Since we had a drought this year because of poor rains, Japan has been giving us humanitarian assistance and the Minister of State for Mashonaland West (Mary Mliswa-Chikoka) told me that there is hunger in the province,” said the President.

“If people at home experience hunger they should approach Government through the Minister of State. We have grain in our reserves and we will give it to the people. We do not want to hear that there is a family that has starved to death.”

He said Government relied on local government systems including councillors, members of Parliament and the traditional leadership to identify people in need of food assistance.

“We have the local Government structure including provincial and district development coordinators, councillors at ward level and members of Parliament.

“Councillors should know who is in need of food assistance in their ward. That goes for headmen and other traditional leaders. Even the ruling party Zanu-PF has structures that can be used to get information to the highest level coming from the village level.

“With these channels available, no one should die of hunger. This should be communicated so that we know the number of people in need of assistance in each area,” said President Mnangagwa.

Government working with partners such as the World Food Programme has also launched a food distribution programme targeting people in urban areas where an estimated 2,2 million people need assistance.

WFP said the effects of hunger were expected to peak from January to March 2020 with 59 percent of rural households representing over 5,5 million of vulnerable people.

The United Nations body is targeting to extend assistance to over two million people, while also helping communities to build resilience to climate change and future shock impacts. It will require $173 million to undertake the intervention.

0 comments on “Zimbabwe: No One Will Starve – Mnangagwa”

WE ARE KEEPING YOUR BACK.-Olowu of Kuta speaks on why dependants of fallen heroes must not suffer.