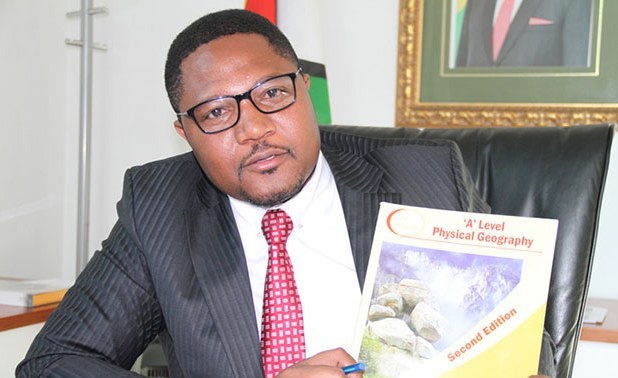 Sacked Information Deputy Minister Energy Mutodi has made startling claims hospitalised MDC MP Joanna Mamombe and two female party activists were roughed up by their lovers who are illegal miners following an argument over payment of their “services” in foreign currency.

His comments drew an angry reaction from exiled former minister Jonathan Moyo who called him a dog.

Harare West MP Mamombe and party colleagues, Netsai Marova and Cecilia Chimbiri were last Wednesday brutally assaulted by suspected State security agents after they were arrested at a police roadblock in Harare and later snatched from the hands of the police to be subjected to the callous acts.

They were coming from a flash demonstration they staged moments before in Warren Park suburb together with other party youths in protest against severe food shortages during the current lockdown period against the spread of coronavirus. The three were later abandoned a day later in Bindura, claiming they were badly beaten and traumatised.

However, Mutodi Wednesday said the claims by the three young politicians they were abducted and severely assaulted by State agents were false.

“Details emerge MDC youths Joanna Mamombe, Netsai Marova and Cecilia Chimbiri went out for a romantic night to Bindura with their lovers who are artisanal miners,” Mutodi wrote on Twitter.

“They parked their car at a police station for safety but tragedy struck when they demanded foreign currency for their services.”

Details emerge MDC youths Joana Mamombe, Netsai Marova & Cecilia Chimbiri went out for a romantic night to Bindura with their lovers who are artisanal miners. They parked their car at a police station for safety but tragedy struck when they demanded foreign currency for services.

Mamombe’s car is currently parked at the Harare Central Police Station with police professing ignorance on who parked it there.