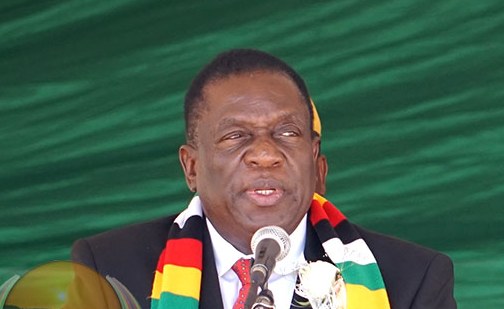 Presidential Advisor and Cleric, Shingi Munyeza Thursday morning took to social media to vent out his disgust at the continued reports of abductions of opposition and civil society members.

The outspoken businessman, who is part of President Emmerson Mnangagwa’s Advisory board called for the prosecution of perpetrators of abductions.

Zimbabwe has, in recent weeks, witnessed an increase in the number of people being abducted and most of them are either opposition members or CSO leader who are critics of the Mnangagwa regime.

Posting on his Twitter, Munyeza said he was alarmed by the rate at which the crimes are happening without action being taken.

“Abductions, beatings, torture must stop. 1.I’m totally disgusted and alarmed by an unprecedented trend of abductions in our country

“2. It’s worrying that the State has not come up with a position on stopping this, 3. The State must protect its citizens and culprits brought to book,” he said.

The European Union (EU) and the United States of America (USA) have also raised alarm bells at the abductions and issued a joint statement last week in the wake of police brutality on opposition Movement for Democratic Change (MDC) party supporters during a foiled demonstration.

“Intimidation, harassment and physical attacks on human rights defenders, trade union and civil society representatives, and opposition politicians – prior to, during and following the demonstration in Harare on 16 August – are cause for great concern.

“The Zimbabwean Constitution guarantees the right to personal security from violence and prohibits physical or psychological torture. The Heads of Mission urge the authorities to respect these fundamental rights and to hold perpetrators of violence legally responsible,” reads part of the statement issued last week.

The government has continuously denied any involvement while saying it was disturbed by the reports of torture on citizens.

President Mnangagwa yesterday said CSOs and pro-democracy activists should stay in their lane and respect the dictates of the constitution.

“May I urge civil society to restrict themselves to their mandate. The rule of law observance is not needed for the purpose of pleasing other countries, we need it because it is proper for ourselves,” warned Mnangagwa.

“People’s civil rights, such as their rights to assembly and their right to peaceful demonstrations and petition, and also their right to acquire legal processes when they are suspected of crimes must be respected.

“Zimbabwe should show that it genuinely has made a break from the past,” said Olkkonen.

Late last night, comedian, Samantha Kureya, better known as Gonyeti in the entertainment circles, widely known for producing satirical skits was allegedly abducted by armed men who beat her together with other family members.