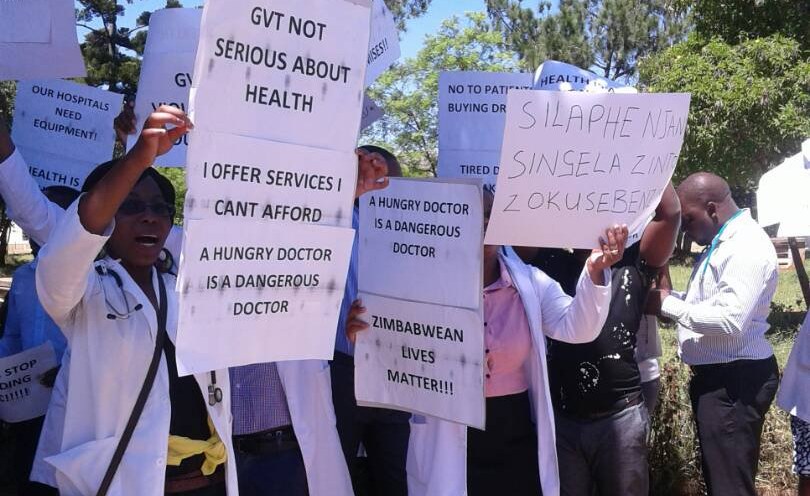 After refusing to accept the 60 percent salary increase offered by their employer, the Zimbabwe Hospital Doctors Association (ZHDA) has made it clear that its members will be downing tools come September 3, if their plight is not addressed.

In a letter addressed to the Ministry of Health and Child Care, the health workers did not mince their words but made it crystal clear that they would left with no option but to go on strike if responsible authorities fail to address their issues in time. This means they will not report for duty starting from September 3 2019.

Acting president of the health workers association Peter Mugombeyi confirmed that as health workers they have be left with no option but to down tools to force the responsible authorities to address their issues.

“As health workers we are left with no option but to down tools. We have made calls for a number of issues that hinder progress in our work to be addressed but to no joy. Yes the government gave civil servants cushion allowances, but due to the ever escalating inflation, the allowances have since been eroded. We cant cope with this runaway inflation,” Mugombeyi said.

Below is the letter of incapacitation letter written by the Health workers’ association to the responsible ministry yesterday.

Letter of incapacitation by doctors