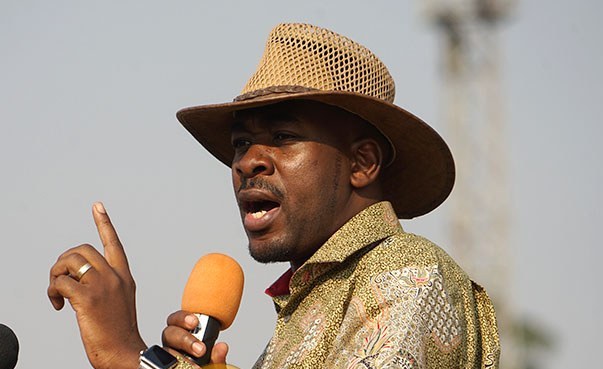 The MDC has accused police of pursuing double standards after the law enforcement agents have given the nod to a Zanu PF anti-sanctions march set to be presided over by President Emmerson Mnangagwa Thursday this week.

Police last month banned MDC demonstrations that had been planned for Harare and four major cities in the country.

They went on to brutally crush a spontaneous demonstration by some agitated MDC supporters who were angered by the protest ban.

The MDC had planned the marches to protest rising poverty levels and massive desperation in the current economic crisis.

In stopping the demonstrations, police cited intelligence the marches were going to turn violent.

MDC spokesperson Daniel Molokele said Monday it was disappointing that police have given the nod for Zanu PF to proceed with its march when similar MDC events were being blocked.

“We are very disappointed by the fact that the police have authorised Zanu PF to hold a demonstration on Thursday while at the same time they have been doing everything in their power to stop us from expressing the same right under Section 59 (of the Constitution). We see this as selective application of the law,” said Molokele.

MDC argues the right to demonstrate was guaranteed by the national constitution.

In an address to party followers weekend, MDC leader Nelson Chamisa said protests were “a God given right”.

“The police cannot take away the right to demonstrate. It is God given,” said Chamisa.

“Democracy in this country is in the intensive care. There is no freedom when those who are supposed to take care of people are now following them into their houses attacking them for demonstrating against the government.”