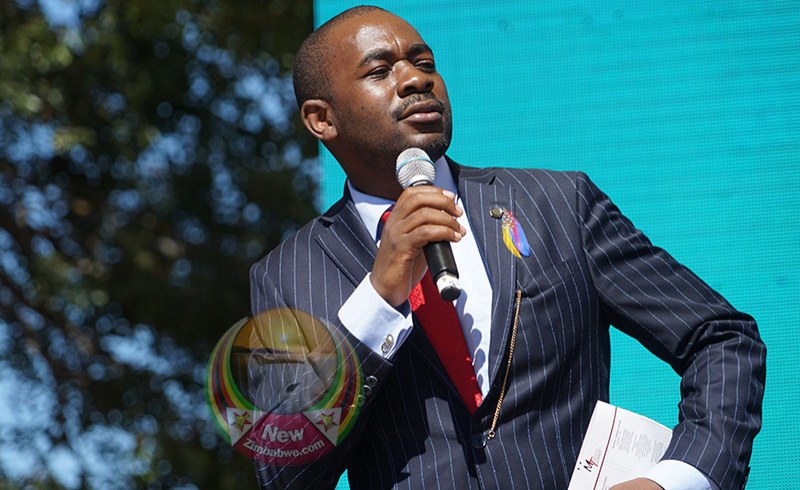 MDC leader, Nelson Chamisa has blamed the recent arrest and jailing of outspoken Ntabazinduna Chief Felix Nhlanhlayamangwe Ndiweni on President Emmerson Mnangagwa adding that it was taboo in Zimbabwean culture to treat a traditional leader like that.

“This has never happened in this country before. It is taboo that a President can cause the arrest of a chief,” he said.

“Chiefs are respected people in our society and it has never happened that a president interferes with their affairs.

“This only confirms that his (Mnangagwa) days are numbered. The arrest of Chief Ndiweni was a total embarrassment caused by a man who is hungry for power.”

Ndiweni was recently convicted on charges of destroying a villager’s property in Ntabazinduna before he was slapped with a two year jail sentence by Bulawayo magistrate, Gladmore Mushove.

Six months of his sentence were suspended for five years leaving him to serve an effective 18 months in prison.

Chamisa said the arrest was also a direct attack on Zimbabwean culture and the institution of traditional leaders.

Ndiweni has been accused by Zanu PF for abusing his position to further the agenda of the opposition MDC with Zanu-PF challenging him to step down from his position and join mainstream politics.

The firebrand traditional leader seemed to have angered authorities when he attended the MDC’s elective congress in Gweru May this year, later telling MDC delegates Mnangagwa was not a legitimately elected leader of the country.

“If you send one person to prison, you will only be hardening him and I want to congratulate all those who were arrested by this mafia government. It only confirms your strength,” said Chamisa.