Zambia: What Govt Should Do to Clean Up Poisonous Soil, Dust in Kabwe 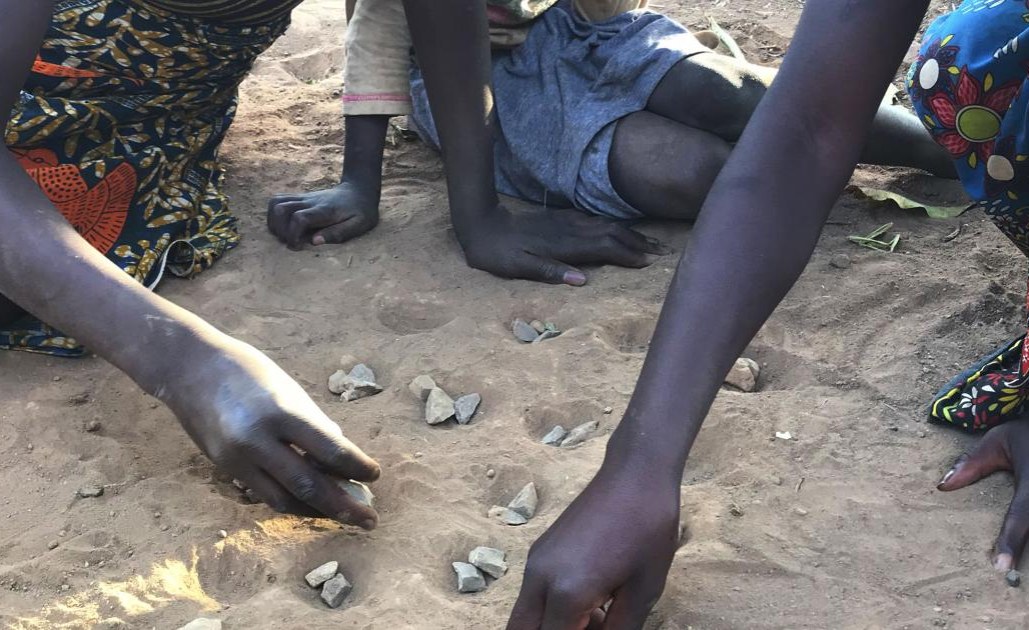 Johannesburg — Thousands of children in Kabwe are developing lead poisoning because of growing up in contaminated neighborhoods due to exposure around a former lead and zinc mine. Twenty-five years after the mine’s closure, children living in nearby townships continue to be exposed to high levels of toxic lead in soil and dust in their homes, backyards, schools, play areas, and other public spaces.

Human Rights Watch is urging the Zambian government to promptly clean up the contamination and ensure proper treatment for all who need it. HRW also found that government-run health facilities in Kabwe have no chelation medicine for treating lead poisoning or lead test kits in stock, and no health database has been established to track cases of children who died or were admitted to hospital because of high lead levels. allAfrica’s Sethi Ncube spoke to Joanna Naples-Mitchell, children’s rights fellow at Human Rights Watch and author of the report.

What measures could be taken to pressure govt to acknowledge full responsibility of the lead contamination caused by Kabwe mining?

The government has already acknowledged that it has the legal responsibility to address this issue, this actually builds into the agreement when the mine was closed in 1994,  it’s a government-owned investment holding company ZCCM Investments Holdings PLC that retained the legal liabilities for the environmental and social impact of the mine even though the mine itself was privatised.

The government has acknowledged that it has this responsibility, the question is whether it will take  the full responsibility to really address the legacy of this mine. It has taken some measures now and some are underway but the question is whether it will really take measures that will be needed adequately clean up the lead and protect future generations in Kabwe from lead poisoning and as of now that’s not clear.

How effective have the past govt clean-up projects been?

Depending on how you measure effectiveness but if your measure of effectiveness is whether on not the lead levels in the soil were safe after the clean up projects, then the projects were not adequate and therefore were of limited effectiveness.

The only large scale clean-up effort that the government undertook was under the last World Bank-funded project to address Kabwe, which was from 2003 to 2011. It was called the Copperbelt Environment Project. Under that project the government was addressing its environmental, social problems related to mining in Kabwe and Copperbelt province.

The actual clean-up that the government did as documented by the World Bank mainly involved planting grass and providing some clean soil. There was very limited removal of contaminated soil that was done. The main part of the project was actually planting grass and creating this new water infrastructure in Kabwe. It was a UK company called Water Management Consultants that designed this clean-up model. That raises this question of why is this company specialising in water designing a clean-up programme in an area where the water has not been found to be contaminated. It’s the soil and the dust that’s contaminated. There was this effort to plant grass as well as trees in homes and some schools.

After the project was over there was further testing that was done by academics and NPOs and they found that the soil was still extremely contaminated. To me, this shows that the government’s past clean-up projects, the main one, have not been effective. It did not achieve its intended goal.

What do you think should be done to solve this problem?

The government should adopt a comprehensive and sustainable approach to clean up. Which means, they need to address all the different sources of contamination, that is homes, schools, health centres, unpaved roads that go through the areas that are affected and those roads are covered in dust. Whatever method that the government uses to clean up the lead needs to be sustainable, it needs to be something that could last for years or at least be maintained. Something like planting grass everywhere if people can not afford to water will not be sustainable.

Is the government aware of the extent of damage caused by the exposure to lead and that health facilities don’t have any means to help affected people?

Yes, the government should be aware of the extent of damage because they have been doing testing of children and adults since the 1990s, they have data from hundreds, probably thousands of people that they have tested, that show how high lead blood levels are and regardless of whether or not these people don’t show obvious symptoms medical experts would say that the levels that are there are really dangerous and they could be doing all sorts of damage internally to people even if they don’t seem to be showing symptoms.

The fact that they sought this funding from the World Bank both in 2003 and again in 2016 for this new project signifies that they are aware that this is a serious problem and they are taking steps to try and address it, which is positive. The question is if their response is really going to address the crisis that it really is, if it really addresses the scope of the problem and if not what else would they do to fill in any gaps in this clean up effort that they are undertaking.

In terms of the question of the health facilities not having any means to help the affected, it’s not clear to us whether different government ministries all have the same information about the means health facilities have, we didn’t always get consistent information about what was available in health facilities from government officials in Lusaka but in Kabwe we found out that the health facilities didn’t have any ability to even do blood tests anymore and that ZCCM Investments Holdings Plc had run out of test kits in 2016. And they stopped doing c helation treatment, which is for children who have lead levels threshold which removes lead from the body, they stopped doing that in 2011 after the last World Bank-funded project ended. There are at least some government officials who are aware that, that’s the case.

Are people aware of the situation, and are they willing to follow any channels to make sure government does right by them?

Most of the people we spoke with were aware that there’s lead in the soil and dust and most of them who were in the community had children who’ve been tested for lead.

I think it’s a real challenge in Kabwe, there’s a lack of accountability in part because a lot of people are just trying to get by. They have a lot of concerns on their minds, lead may not even be the most important thing on their minds. We spoke to people who hadn’t worked since the mine closed and who wanted livelihood opportunities and we spoke with people who work at the old mine dump. There are a lot of pressing concerns that are competing for people’s attention, making it very hard to push government on this issue.

Is anything being done to help children with learning abilities that have been affected by the contamination?

We spoke with the District Assessment Centre which evaluates children for disabilities and learning challenges in the classroom and they said that at the time they were not actually testing children for lead and it is not something that they could remember that they had done in recent years and so something very practical would be for them to start testing children for lead when assessing them for disabilities and trying to determine where these challenges are coming from.

We looked at the bit of whether children are getting extra support in the classroom if they have disabilities and again we have no way of knowing if a disability is related to lead or not. We spoke to several families who said their children were not getting any extra support in the public schools they attended but we can not make a definitive statement that this is an issue throughout Kabwe but what we say in the report is that the government should dig deep in its efforts to address that associated disabilities are learning barriers in light of the fact that there is widespread lead poisoning in Kabwe because there are more likely to be these kinds of problems because of the lead.

Why isn’t the media making enough noise on the subject?

I think that it’s challenging because this has been a problem for so many decades, the mine closed 25 years ago. The first government testing of the soil was in the 1990s, the first ever public study in lead in children and the soil in Kabwe was actually in the 1970s, there was British researcher who wrote a thesis on Kabwe and actually documented the only publicly known cases of children that were hospitalised or died from lead poisoning and he found high levels of lead.

The sense of urgency around the issues has been lost around the crisis because this has been going on for too long. Also, the effects of lead are invisible and that makes uneasy to build up stories around this tragedy when so much of it is hard to see, even though it’s unfolding all the time in Kabwe.

As I’ve been saying that there is this World Bank-funded government project that launched in December 2016 and I think the fact that it’s been delayed may also make it hard to sustain interest. There have bureaucratic ways so the government says, that’s why there hasn’t been results on the ground yet.

As far as I know, this has not been tried before on a large scale in Kabwe, but under the pilot clean-up programme that was done in 2015-2016 by Pure Earth NGO and the Kabwe municipal council and the local NGO Environment Africa, they basically did that. But it was only for 120 homes because they had limited funding. What they did was, invite people voluntarily to participate in these efforts, all the households they invited participated.

Has govt received support to enhance its efforts to address lead poisoning in Kabwe?

It’s their responsibility to address the problem because it did take ownership of the mine in 1970 and when the mine closed and its assets were privatised, it officially took on the responsibility for the environment and social liabilities related to the mine. We would encourage donors to support the government’s efforts, this is a problem that requires a lot of different actors for it to be solved effectively. What we recommend in the report is that donors all support the government in its efforts to address the lead poisoning but it really is the job of the government to implement any projects designed to improve the health of the residents and clean up the lead.

0 comments on “Zambia: What Govt Should Do to Clean Up Poisonous Soil, Dust in Kabwe”

Uganda: Going to Court Is a Waste of Time – FDC