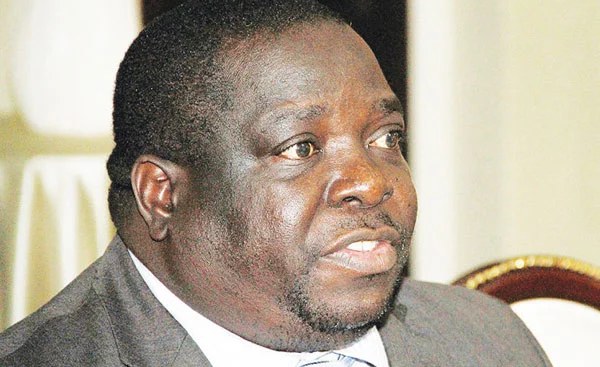 In a video that went viral on social media, Kambwili allegedly inferred that Lungu was a dog.

According to the report, the opposition politician did not mention Lungu’s name, but said “some dogs from Chawama do not get tired of travelling”.

Chawama is a township in the capital, Lusaka, where Lungu previously lived and served as member of parliament. In recent times, Lungu has been travelling abroad including India, and Tokyo where Japan is hosting over twenty African leaders participating in the seventh edition of the Tokyo International Conference for African Development (TICAD) summit.

Kambwili is reported to have said his comments were misunderstood.

His arrest comes barely two days after the state Registrar of Societies de-registered his NDC party, saying its constitution was flawed. The NDC leadership however insists that the opposition political party was legally registered and will challenge the deregistration in court.

Kambwili is among the most controversial figures in Zambian politics. He was sacked as information minister in 2016, as part of an apparent corruption clampdown, and in 2017 he was kicked out of the ruling Patriotic Front – a party he had been instrumental in founding. His advocates claim that these setbacks were an attempt to muzzle a strong candidate for the 2020 PF presidential nominations and potential rival to the incumbent, Edgar Lungu.

If convicted, the former lawmaker faces three years in prison.