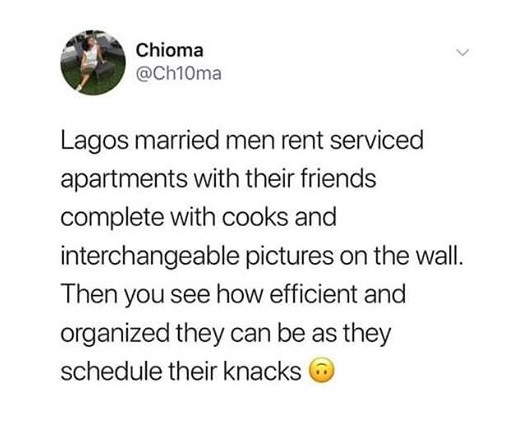 It seems some married men are getting more creative by the day judging by the alleged new tactics they employ to get away with cheating.

According to stories shared on social media, some married friends now come together and rent apartments in Lagos, where they take turns entertaining their lovers who are unaware they are married.

Apparently, it’s not peculiar to Lagos. One Eketi Edima Ette revealed that married men in Abuja do the same.

“I thought it was only the ones in Abuja who do this.
Three or four grown ass men will come together and co-rent apartments in Maitama and Wuse, and live like bachelors. They bring their girlfriends or gay partners there.
Some have wives and children in the same Abuja.
I see Lagos is also not being left behind. Make una continue” she said.

Another social media user, Eze Nwanyi exposed her married cousin who according to her, has houses in four different states in Nigeria where he entertains his ”girlfriends”, who are unaware of his marital status. 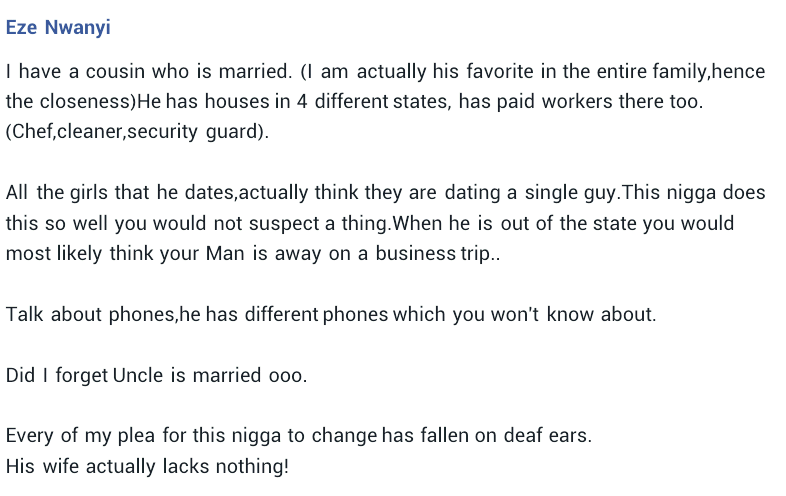