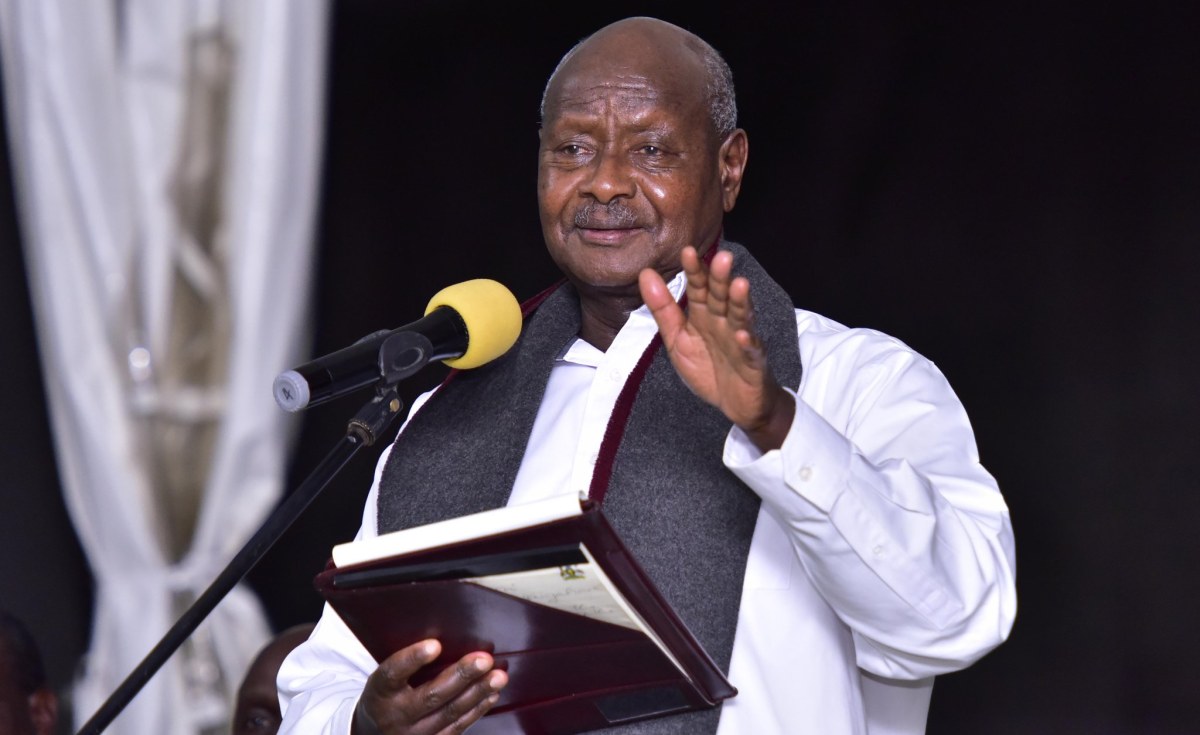 “There are no gaps … to cure; the current law is adequate and enforceable,” the President noted in an August 21, letter to Parliament Speaker Rebecca Kadaga, citing guidance by the Attorney General.

A Cabinet decision is pending submission of the report, the President added.

MP Arinaitwe Rwakajara (NRM, Workers) introduced the Bill to provide for minimum wage for all workers, something not provided for in the current laws.

Speaker Kadaga yesterday told lawmakers during House sitting that the President had rejected the legislation in its entirety and said she would notify the Bill sponsor and ensure the matter returns on the Order Paper – the schedule for parliamentary business — for a decision of the whole House.

Arua Municipality MP Kassiano Wadri (Ind), who is a former commissioner for Youth and Children Affairs in the Gender, Labour and Social Development ministry, questioned why the Attorney General, who is a member of the House, withheld legal advice when legislators enacted the Bill only to tender the counsel to the President.

“The Attorney General is a member of this House, why did he deny us his technical advice at the time this law was being considered?” Mr Wadri asked.

The Speaker, in agreement with MP Wadri, said she expected the Attorney General to be present yesterday and guide the House, “but we shall have a thorough debate when the matter comes back to the Order Paper.”

Whereas the Bill sponsor Rwakajara said he was upcountry and had not read the President’s August 21 letter, the leadership of the National Organisation of Trade Unions (Notu) said Mr Museveni decision not to assent to the legislation placed Uganda on a self-destruct path internationally.

The framers of the 1995 Constitution anticipated a standoff between Parliament and the Executive while enacting a legislation. They thus provided safeguards under Article 91, which stipulates the pathway of how a Bill on which the legislature and President disagree, can become law. Once Parliament passes a Bill, which becomes an Act of Parliament, it is sent to the President to sign upon which it becomes law.

The President, under Article 91(3), has 30 days to assent to the Bill; return it to Parliament with a request that the Bill or a particular provision of it be reconsidered; and, or, notify the Speaker in writing that he or she refuses to assent to the Bill. In his August 21, 2019 letter, President Museveni rejected the Minimum Wages Bill, 2015, which lawmakers passed in February this year, in its entirety. Therefore, the applicable procedure for next steps is provided under Article 91(6) of the Constitution.

After a President’s rejection, Parliament may reconsider the Bill and, if passed, the Bill shall be presented to the President for assent. If the President again withholds his signature on a reconsidered Bill, the Speaker of Parliament shall, upon the refusal, if the Bill was so passed with the support of at least two-thirds of all members of Parliament, cause a copy of the Bill to be laid before Parliament.

That way, the Bill shall become law without the President’s signature. This process of a Bill reconsideration can last months, even years, depending on the stakes and consultations required.

With roughly a year left to the end of the 10th Parliament, which already has a full in-tray, reconsidering or raising the quorum to reconsider the Minimum Wage Bill is likely to run into political headwinds. If the 10th Parliament does not enact the law, it will collapse altogether unless the 11th Parliament, to commence in 2021, moves a motion to save all pending businesses of the previous (10th ) Parliament.