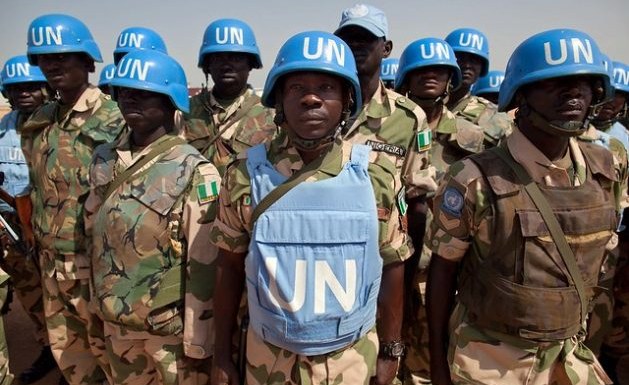 United Nations — Sudan’s transition to civilian rule offers a chance to end the ethnic violence that plagues the western province of Darfur and end a peacekeeping mission there, a top United Nations official said Monday.

Jean-Pierre Lacroix, the U.N. under-secretary-general for peace operations, told the U.N. Security Council that the peacekeeping force in Darfur, known as UNAMID, could be scaled back from November if the situation on the ground improves.

A complex civilian-military transitional government is set to rule Sudan for a little over three years until elections can be held, following a mass protest movement that forced the ouster of longtime authoritarian President Omar al-Bashir in April.

“This is an opportunity to put a definitive end to the conflict in Darfur,” said Lacroix.

“Donor support will be critical more than ever to assist the simultaneous transitions in Darfur and wider Sudan, particularly considering the economic crisis that triggered the political change.”

In June, council members agreed to “pause” the drawdown of UNAMID’s 5,600-strong blue helmet force, which was deployed to Darfur in 2007 amid fighting between rebels and Sudanese government forces.

The new government in Khartoum has pledged to revive peace efforts in Darfur and other hinterlands, though it remains unclear whether the new sovereign council’s civilian or military members will wield more influence.

The political shift in Khartoum has not changed the situation in Darfur, where anti-government rebels clash with the Sudanese armed forces and a paramilitary group called the Rapid Support Forces, Lacroix said via video link.

Sudan’s ambassador to the U.N., Omer Mohamed Ahmed Siddig, urged council members to lift an arms embargo on Darfur and to start withdrawing peacekeepers by an agreed deadline of June 2020.

“Realisation of peace is my government’s priority during the coming six months,” Siddig said in New York.

“We call on the international community to join my government in inducing the revolutionaries who fought for toppling the previous regime to join hands with us to uplift the plight of our people who suffered the consequences of war.”

Darfur is not Sudan’s only flashpoint. On Sunday, the sovereign council formally declared a state of emergency in the Red Sea city of Port Sudan, following clashes between tribesmen there that police say have killed at least 16 people.

Addressing the council, British diplomat Jonathan Allen spoke of “hope and optimism” at the “beginning of a new chapter in Sudan’s history” that could tackle the bitter ethnic splits in a nation of some 40 million people.

“The new government has committed to achieve a fair, comprehensive and sustainable peace in Sudan and prioritise the peace process,” Allen said.

“We call on all sides but in particular the armed movements to engage constructively, immediately and without preconditions in negotiations to finally deliver a peaceful solution to the conflict in Darfur.”

The military overthrew Bashir on Apr. 11 after months of mass demonstrations, but protesters continued taking to the streets — fearing the military could cling to power — and demanded a swift transition to a civilian government.

But tensions between the military and civilians are expected to feature prominently in new Prime Minister Abdalla Hamdok’s unruly transitional government.

Beyond politics, Sudan has been wracked by flooding across 17 of its 18 states that has claimed the lives of at least 62 people, the government says. Thousands of people have been displaced by the floods, which are worse in areas along the river Nile.

0 comments on “Sudan: Transition an ‘Opportunity’ to End Darfur Crisis”

Oyetola Set To Intervene On Infrastructures In Ifon

Nigerian, Congolese, Others Arrested For Drug Peddling In India