Sudan: Country Comes in From the Cold As It Transitions to Civilian Rule 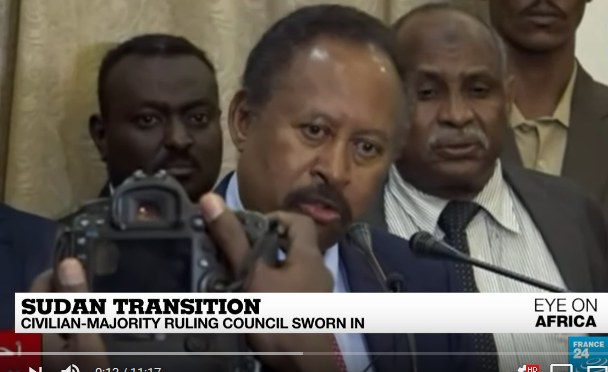 Nairobi — Sometime in the next few days, Sudan’s new cabinet will meet for the first time. That will mark the start of a three-year transition that, if all goes well, will end decades of civil war, reform a moribund economy, entrench new-found freedoms, and usher in democratic elections.

If that seems a tall order, it’s worth noting what has been achieved so far.

Since December, pro-democracy protesters have managed to overthrow the 30-year rule of President Omar al-Bashir; defy the violence of a Transitional Military Council that tried to replace him; and have now negotiated a power-sharing deal that includes a Sovereign Council, representing the military and civilians, that will steer the country to elections in 2022.

Few seem to be under the illusion that the next three years won’t be fraught. “Sudan right now is in pretty uncharted territory,” Cameron Hudson, a senior fellow at the Atlantic Council’s Africa Center, told The New Humanitarian. “It’s transitioning to a new type of government while at the same time trying to dismantle 30 years of a patronage system that has come to define the Sudanese state.”

Day-to-day governing will be in the hands of Prime Minister Abdalla Hamdok, elected last week. He will name 18 ministers chosen from nominees recommended by the opposition coalition, the Forces of Freedom and Change (FCC). Two ministers – defence and interior – will be picked by the military. Hamdok has promised a technocratic government, untainted by the past, representing all of Sudan’s regions.

The power-sharing agreement is a compromise between the military out to preserve its interests and groups within the opposition pushing the FFC to be bolder. It is a framework that leaves much unaddressed.

Challenges are at their most formidable in three key areas: balancing power retained by the military; ending long-running conflicts that have displaced more than two million people and killed hundreds of thousands; and reforming an economy that triggered food and fuel shortages as well as the protests that have brought the country to this moment of transition.

What has set Sudan’s uprising apart from so many other popular protest movements around the world is that the “street” has so-far stayed mobilised.

“We’ve walked a long way in getting rid of al-Bashir,” Asma Ismail, a pro-democracy activist, told TNH. “I can’t overemphasise the depth of awareness among the people now, the ownership of the process has been the ultimate change.”

The military fights back

The Sovereign Council will be chaired for the next 21 months by the former leader of the TMC, General Abdel Fattah al-Burhan. Also on the council is his deputy, General Mohamed “Hemeti” Dagalo, who heads the notorious paramilitary Rapid Support Forces. It is his men who killed more than 100 civilians in Khartoum on 3 June in an attempt to crush the pro-democracy movement.

“The compromise [regarding working with the military] is understood,” Ismail told TNH. “It was done to avoid an extremely violent revolution. The military will try to control and hold on to power, but my bet is on the strength of the protest movement and the popular demand for change.”

Sudan’s military has profited handsomely from al-Bashir’s patronage system. “They accumulated vast wealth not only from extravagant budgetary allocations to the defence sector but also from controlling sectors such as gold mining and sending thousands of Sudanese to fight as mercenaries in foreign wars [a reference to Hemeti’s RSF],” the International Crisis Group noted in a statement. “They will be loath to let civilian authorities audit or control these two sources of foreign exchange.”

Hamdok has promised to force down military spending from around 80 percent of the budget to 20 percent. His economic reforms will need to unravel the opaque system of military-linked companies that have also milked the exchequer.

The gold trade is another example of the racketeering that has undermined Sudan’s economy. To stop cross-border smuggling, Sudan’s central bank has been buying gold at inflated prices and printing more money to do so, thereby fueling inflation, according to Alex de Waal, executive director of the World Peace Foundation at Tufts University. Controlling the trade will set the government on a collision course with Hemeti in particular, who is believed to have a large stake in the country’s gold mines, de Waal added.

According to the Constitutional Charter, which outlines the process for the transition period, the former regime’s officials will be held accountable for “all crimes committed against the people” since 1989. In addition, an independent commission of inquiry will be established, within a month of Hamduk taking office, to specifically investigate the 3 June killings.

Even with the commission in place, it’s likely that “people will file individual law suits against the military, no matter what,” said Ismail.

Sudan’s “deep state”, including elements within the security apparatus and al-Bashir’s National Congress Party, could be another danger. “As the hate against them is so great, but could build as they re-organise,” said a Khartoum-based human rights campaigner, who asked not to be named given his role in the transition negotiations.

Finding the will to make peace

The transition plan allows the government six months to negotiate a comprehensive peace in the long-running conflicts in Darfur, Blue Nile, and South Kordofan. The armed movements have rejected the power-sharing agreement, however, arguing they were not properly consulted or accommodated in the transitional process.

And the military, which has profited from the wars, will also be in no hurry to embrace peace. “The military will try to undermine these agreements every which way they can,” said Hudson. That could potentially include cutting separate deals outside the transition to frustrate the new government.

Sudan’s three marginalised regions have suffered the military’s scorched earth campaigns. In Darfur alone between 200,000 and 300,000 people were killed and 2.7 million displaced. The insurgencies in these areas represented the resistance to al-Bashir, and “the civilian opposition cannot afford to be seen as excluding the rebels from the transition,” noted ICG.

“The whole change process is meaningless without ending the wars,” said Ismail. “The depth of the revolution means that it is felt even in their constituencies, so it is in the interests of the armed groups to sign a deal.”

Regional neighbours South Sudan, Chad, Egypt, and the United Arab Emirates — which have influence over the armed groups — could help mediate. The talks will include wide-ranging agreements on humanitarian corridors, the voluntary return of internally displaced persons and refugees, and the reconstruction of war-affected areas – details for all are left vague in the Constitutional Charter.

The UN peacekeeping force in Darfur, known as UNAMID, was in the process of winding down, but that was paused in July as a result of the political instability in Sudan. In October, the UN Security Council will decide the way forward for UNAMID.

“We might need three different missions [to cover the three areas] or one big one,” said the human rights campaigner. “Is it peacekeeping or instead technical support we now?”

The Constitutional Charter refers to power and wealth-sharing rather than the integration of the armed movements into Sudan’s transition – the sort of political settlements that reward rebel forces rather than building representative democracy.

The danger is that the three areas will become fiefdoms for rebel leaders, who will be happy to see a long demobilisation and integration process of their troops into the Sudanese army.

A sharp depreciation of the local currency, hyperinflation, and fuel and food shortages triggered the pro-democracy protests in December. An estimated 5.7 million people are facing food shortages across the country, according to government figures.

Hamdok, with more than 30 years of experience as an economist and development specialist, says he has a recovery plan to address “issues of inflation, availability of commodities, wheat, fuel, medicine.”

Removing Sudan from Washington’s list of countries sponsoring terrorism will clear the way for foreign investment and allow the country to receive much-needed International Monetary Fund and World Bank support and help with its $60 billion debt.

“It’s a complicated process that won’t happen overnight,” said Hudson. “But the US government is showing a lot of support [to have Sudan delisted].”

A human rights campaigner worries that Hamdok, who has worked outside Sudan for many years, does not have a political base inside the country – or a channel to the most vocal groups in the opposition – to help sell those reforms. The still active Communist Party, for one, has rejected the transitional constitution because of the continuing role of the military.

“The prime minister is beginning with sky-high expectations,” said the human rights campaigner. “[But] there are radical elements of the protest that have sacrificed. They will continue to raise their concerns and protest, and that’s good in my opinion.”

0 comments on “Sudan: Country Comes in From the Cold As It Transitions to Civilian Rule”

Gumi: The General Commander Of Terrorists, By Buhari Olanrewaju Ahmed

Panic, Fear In South-East Nigeria As Gunmen Killed Over 19 Policemen In One Month