South Africa: MPs to Fight Back Over Proposed Cut to Parliament Benefits – Report 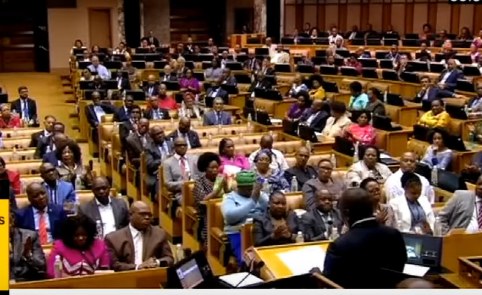 High-earning Members of Parliament are preparing to resist a move over the trimming of some of their benefits, a Sunday report said.

According to the Sunday Times, Parliament is set to review its benefits scheme after it will spend an extra R111m in “loss of office” gratuities this year, to pay 159 MPs who didn’t return to their seats after the elections.

Those who didn’t make it to Parliament are entitled to a once-off gratuity of four months’ salary for every five-year term completed, paid over and above normal pension benefits, News24 previously reported.

ANC MP Peace Mabe, co-chair of the committee on the financial management of Parliament, is quoted in the Sunday Times saying they wouldn’t want to see their benefits being affected as they left their homes to “come and serve the country”.

The report also said that the taxpayer is forking out R120m a year on airline tickets for approximately 2000 current and former MPs, ministers and their families.

It is not yet clear which benefits could be trimmed among the many perks received by MPs.

Following the May 2019 general elections, many MPs did not return for the sixth term of Parliament.

Others senior ANC members who did not make it into President Cyril Ramaphosa’s new Cabinet also resigned from Parliament, including long-serving ministers, Jeff Radebe and Derek Hanekom, News24 previously reported.

Former minister of labour Mildred Oliphant, who also resigned, told PowerFM in June that some senior MPs resigned because they risk forfeiting half of a loss-of-office gratuity if they stayed and were demoted.

She said among her reasons was also a fear of losing benefits at a certain salary level, or that their Parliamentary pension funds couldn’t be transferred to a new fund, as is the case with some corporate pensions.

Hanekom though said his resignation was not due to financial reasons, while former Minister of Social Development Bathabile Dlamini said as a single parent she needed her pension to support her family.

0 comments on “South Africa: MPs to Fight Back Over Proposed Cut to Parliament Benefits – Report”