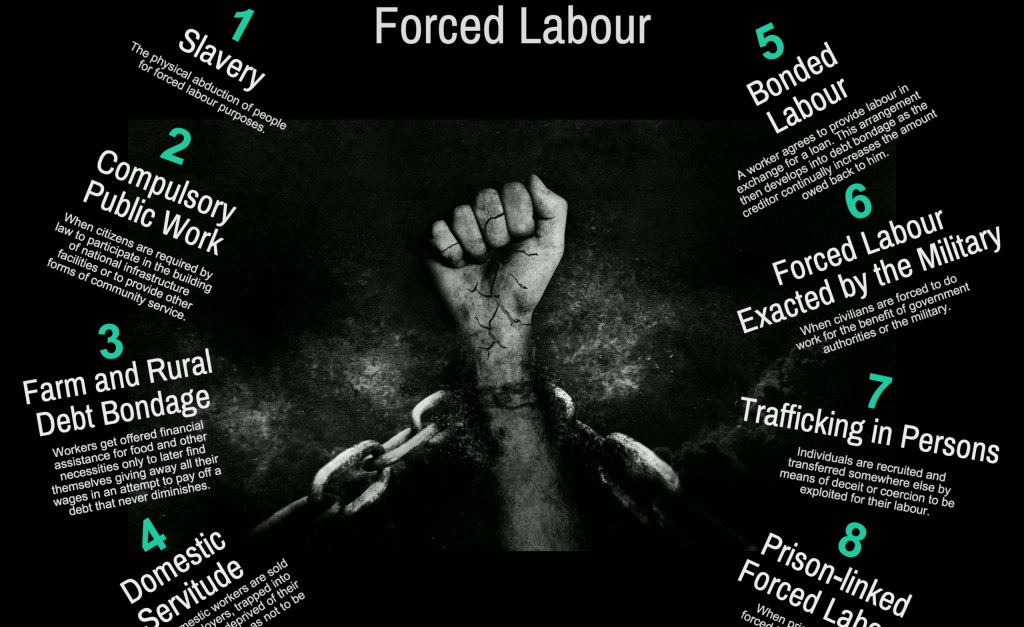 The president said this via a statement released on Saturday to mark the International Day for the Remembrance of the Slave Trade and Its Abolition.

Mr Buhari said, in the years that followed, millions more were shipped in dehumanising conditions across the ocean and enslaved.

“Slavery had, of course, existed before. But this indicated the beginning of a mechanised trade that saw human beings reduced to property on an unprecedented scale,” he added.

The statement reads in full: Despite the fact that descendants of African slaves have made valuable contributions across society, they are still dealing with the effects of this poisonous legacy. They still have to navigate its everyday manifestations, such as discrimination, racism or lack of access to resources and opportunities. This must not be overlooked or forgotten.

Yet, as we reflect on this day, International Day for the Remembrance of the Slave Trade and Its Abolition, it is clear slavery did not only thrive then. It still thrives today. Across the world it is estimated there are as many as 40 million men, women and children living in forced servitude. They are the industrial victims of a business many believe was abolished hundreds of years ago. They are the modern enslaved.

Their exploitation appears in many guises, though usually unrecognized as slavery. Many victims are unseen, hidden beneath opaque supply chains. Others are hidden in plain sight, entrapped by circumstances that rob them of autonomy. In any case, their labor, often dangerous, is no product of choice, and its conditions are self-perpetuating.

In Africa, its modern forms include debt bondage, the enslavement of war captives, commercial sexual exploitation and forced domestic servitude. Holding people held against their will, controlling their movements and forcing them to work for the sole profit of others — wherever they are — is slavery today and always.

The abolitionists of the 19th century succeeded more than any before: By working to extinguish the transatlantic slave trade that had claimed 15 million victims, they laid the groundwork to ensure it did not manufacture millions more. But their work is not done. We must take up their examples as we forge a path forward to eliminate modern-day slavery in all its forms.

Slavery, once again, has become entwined in the global economy — and it is largely unseen. For instance, most of us might know in principle that the mining of cobalt crucial to our smartphones might have used forced labor. But what do we know of those that experience it? Just as personal testimony and resulting public pressure led to the passing of the Act for the Abolition of the Slave Trade in Britain in 1807, these stories must be told and used to inform policy. Once heard, they can elevate visceral reactions, driving the public pressure needed to ensure the application of anti-slavery laws.

One distinction from then and now is important: the costs. From records, adjusted for today’s prices, the cost of a human-being-as-property was valued on average at $40,000. Today, it is just $90, sometimes even lower. We must remember that slavery is not simply a campaign of hatred; it is the pursuit of profit. One way to extinguish it in its current forms, therefore, is to make it economically unfeasible. This means making sure that any anti-slavery laws have bite, come with strong penalties and are enforced.

It is also vital to have a robust tip-off and reporting system. Where this once meant detecting ships, today the signs are less conspicuous. The public must be shown how to see what is hidden in plain sight, particularly signs of suspicious behavior. This might seem broad. But vagueness should not give rise to reluctance to report anything that could be smuggling or forced servitude. If something doesn’t look right, report it, for you could be securing another human’s freedom.

In Nigeria, our anti-trafficking agency has rolled out the “Not for Sale” campaign to protect against the deceptions of human smugglers, helping those who might be vulnerable to false promises see through the ruse and say no. These prevention programs are crucial.

The appearance of slavery today might have changed. The institution has not. There are no radical solutions to conjure, only political will. But on this, we can learn from the past, the shadows in which modern slavery proliferates today.

It is not enough to mark this 400th anniversary. We must use it as a platform to eliminate slavery in all its present-day forms. We should reflect in memory to find a better future, one that should ensure freedom for all.

0 comments on “Slavery Still Exists, We Must Take Action – Buhari”

80-Year-Old Woman, Granddaughter, Others Arrested With 192kg Cocaine, Heroin, Others

Ethiopia: Nation At a Democracy Crossroads Ahead of Elections in June

Nigeria’s National Assembly, A Democratic Disaster Fuelling The Arrogance Of The Worst “President” In The World By Elias Ozikpu