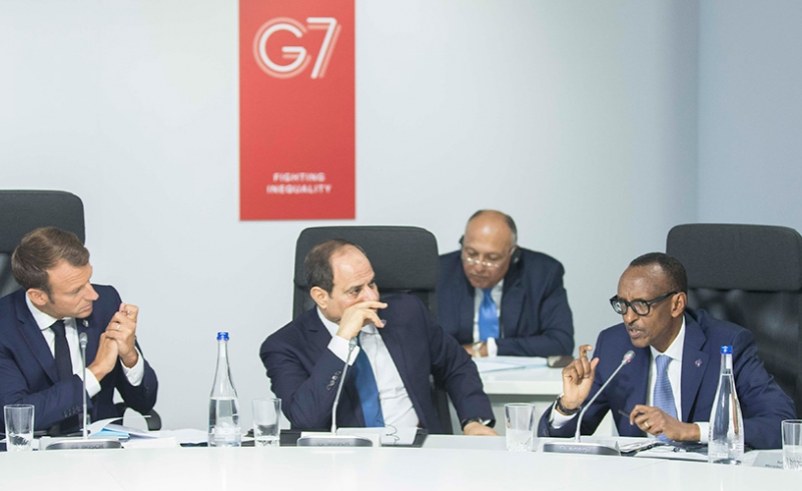 Rwanda alongside Australia, Burkina Faso, Chile, Egypt, India, Senegal, and South Africa are taking part in the summit as part of the eight non-member states.

President Kagame participated in the G7 and Africa partnership meeting on Sunday afternoon.

The session discussed security in the Sahel region and also looked into the key achievements of the G7 and Africa partnership with a special focus on women entrepreneurship, digital transformation, and the fight against corruption.

G7, also known as the Group of Seven, is made up of seven countries – which are among the largest economies of the world.

The summit brings together leaders and policymakers from the most advanced economies including Canada, France, Germany, Italy, Japan, the United Kingdom, and the United States to build consensus look into challenging global issues.

The countries are estimated to represent about 62 percent of the global net wealth.

Founded in the 1970s, the group meets annually to discuss multiple global issues including the environment, security, and economy, among others.

As is the custom, the host country invites a select few non-G7 world leaders.

Senegal was invited as the current leader of the New Partnership for African Development (NEPAD) and Burkina Faso as the chair of G5 Sahel.

Other subjects that will feature prominently at the summit include digital transformation and climate change.

0 comments on “Rwanda: Kagame in France for G7 Summit”

Sudan: Food Riots Show That the Transitional Government Still Has Much to Achieve