Police Present No Evidence Year After Accusing 57 Men of Homosexuality 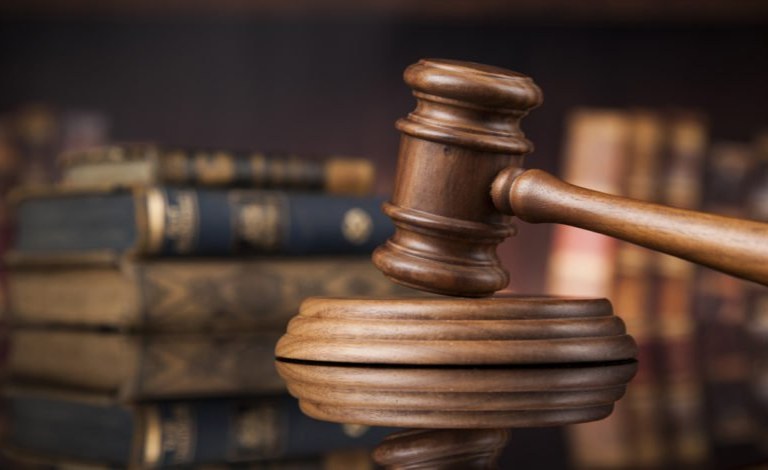 One year after the police arraigned 57 youth before a magistrate court in Lagos following their arrest for alleged homosexual activities, the case is yet to proceed, Oludare Falana, a lawyer, has said.

Mr Falana, who represents some of the suspects, said at a press conference in Lagos on Monday that the police are yet to file their proof of evidence before the court.

“If you’re going to charge people to court, you must give us the proof of evidence,” Mr Falana said.

“The proof of evidence is everything you were able to gather together during your investigation which informed your decision to charge them to court.

“From my understanding and my interaction with some of these boys, they were in a party, so how do you prove to the whole world that they were engaged in same-sex? We have 57 boys, who is having sex with the other? How were they doing it?”

Armed police officers stormed a hotel in Egbeda, Lagos, in the early hours of August 26, last year, and arrested the youth for alleged homosexual activity.

According to the then state police commissioner, the youth were performing gay initiation rites for newly recruited members. But those arrested said they were attending birthday parties.

They were later charged before a Yaba chief magistrate court on three counts of conspiracy, belonging to a secret cult, and unlawful gathering.

Bala Elkana, the Lagos State police spokesperson, did not respond to requests for comments.

At Monday’s press conference, Mr Falana insisted that his clients had not been formally charged before a court, adding that the charge sheet he had seen was neither signed nor filed.

“It’s been exactly one year that these boys have been arrested and detained, and I can tell you, as at the last time we were in court, not a single charge has been preferred against them.

“I was in court personally myself on the last adjourned date and I tried to move the magistrate to strike out the case because as far as I’m concerned, there is no case before the court because there is no charge. But in her wisdom, she said no, that she is going to adjourn.

“Counsel to the police mentioned that they are trying to put heads together and charge them before a federal high court, that it was a federal offence.”

The law criminalises same-sex relationships and a conviction could attract up to 14 years in prison.

Mr Falana said he is aware of the anti-gay law but that it is subservient to the Nigerian Constitution.

“The question here is this, if the Constitution has guaranteed their freedom of association, freedom to assemble together, that fundamentally-guaranteed freedom cannot be taken away at the whims and caprice of anybody including the state.

Xeenarh Mohammed, the executive director of The Initiative for Equal Rights, said the suspects have been demonised by their families and friends after their arrest by the police.

“The reason we are here today is because of the miscarriage of justice that has been done here in Lagos State both by the police and the entire legal system,” said Ms Mohammed, whose organisation champions human rights and justice.

“Today is exactly a year since the people at a birthday party were arrested, detained for days, maltreated and they’ve still not seen justice. They’ve been branded as criminals, displayed to the rest of the world and they have not had a chance to clear their names.”

Mr Falana criticised the police for parading the youth before the media and then stalling their trial in court.

“These boys have been shown to the whole world as homosexuals, as criminals. At the end of the day, if the state cannot prefer a charge against them in one year, it tells a lot about whatever is wrong with their investigation.

“Secondly, how are you going to make up for this stigmatisation? Are you going to take them back on air and say we are sorry these boys are not whom we thought they are? How do you ameliorate their pains in terms of re-creating the wrong impression you have given the whole world?”