MotoristS yesterday got a New Year present. Petrol is to sell for N86 per litre at Nigeria National Petroleum Corporation (NNPC) outlets.

Others will sell at N86.50k as against the present N87 per litre.

The Petroleum Products Pricing Regulatory Agency (PPPRA) said the prices would run from January 1 till March 31, under a revised pricing template.

Within the new pricing template, the government approved two pump prices-one for NNPC retail outlets  and the other for retail outlets operated by private business concerns.

Both open market prices indicate a N1 and 50k drop from the official pump price of N87 per litre, which will become obsolete on December 31 – tomorrow.

Farouk said the announcement followed the approval of the Minister of Petroleum Resources, Dr. Ibe Kachikwu, for the implementation of the revised template.

The PPPRA has approved importation of three million metric tonnes of petrol in the first quarter of the year. The NNPC was granted 78 per cent of the total allocated volume for the period. The balance of 22 per cent will be supplied by other oil marketing companies.

“Accordingly, the ex-depot price of PMS shall be N77.00k per litre while the pump price shall be N86.50k per litre – in line with the prevailing market trend.

“The key thing here is that with the revision, the open market price has come down slightly. The new pump price is N86.50k, down from N87 per litre, effective from January 1, 2016.

“However, for NNPC import, because an element of the template which is the financing cost, is not captured in the NNPC template. Therefore, NNPC import is slightly lower. The NNPC price will be N86 per litre, meaning that if you go to NNPC retail stations, you should buy at N86 per litre and then N86.50k in other stations,” Ahmed said.

The idea is to instill competition and stability in the downstream petroleum sector, he said.

“Another important point is that this is not static as there will be a quarterly review of the price template. However, if there is a major shift, the minister may call for a review either upwards or downwards, depending on the market.

“But for now, at least for the first quarter, this price remains for three months, from January to March,” he added.

Ahmed noted that there was to be a pricing advisory committee made up of industry technocrats and which would sit down from time to time and advise the PPPRA on price movements.

He added: “But the PPPRA will still sit down and do its work. The committee will advise it on any drastic movement in price.

“The open market price is N86.29k. If you do the calculation, that means there is an element of over recovery and what we will do now is that we will go back to the marketers and bill them for the recovery.

“With regards to NNPC, their arrival is N85.93k but they are selling at N86, so there will also be element of over recovery. However, we are comfortable with the numbers.”

Speaking more on the review, Ahmed said: “In order to encourage investments in retail outlets, we slightly increased the provisions in the retailers, transporters, and dealers’ margins.

“In terms of distribution margin, we have also revised down the bridging fund and increased the retailers, dealers and 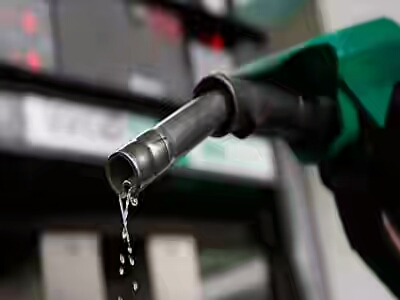