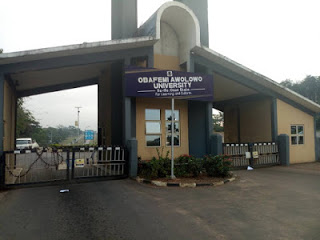 Speaking after monitoring the exercise, the Special adviser to the Governor on Tax and Revenue matters, Barrister Gbenga Akano said the revenue service  had exhausted all means to get the taxes paid by the defaulters without using force.

Mr Akano hinted that government had last week issued a seven day ultimatum to all the defaulting institutions and organisations to pay their taxes or risk being sealed off.

Although the Special adviser on tax and revenue matters  has condemned the act, saying such act is least expected from a university of learning like OAU, he said the government will not use illegal means to pursue legality.

He said that the institution has been owning the state government PAYE , withholding taxes, and development levies.

Meanwhile the revenue agency, has been magnificent enough to be patient since 2015 till date.

In a reaction, the public relations officer, Obafemi Awolowo university, ile ife, Biodun Olarewaju noted that efforts were on going to  resolve the issue  between the institution and the  state revenue service.

Olarewaju urged staff and students of the university to remain calm as management was  on top of the situation.

He said the university has been up to date in the payment agreement reached with government, saying the matter would soon be resolved permanently.

The Revenue service also sealed off two other companies in Osogbo for non remittance of their taxes.

As at the time of filing in this report the Obafemi Awolowo has seemed open negotiation with the osun internal revenue service.