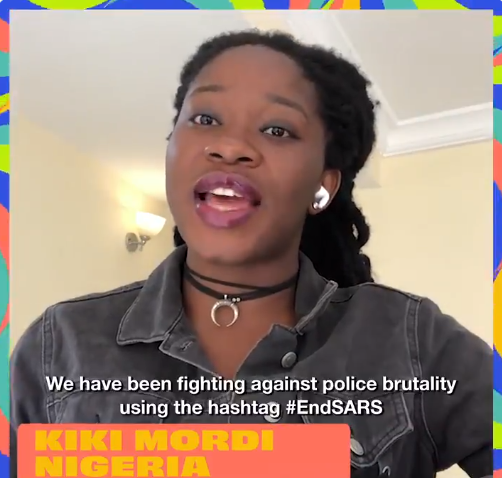 Kiki Mordi is an MTV Europe Music Award winner for her work on the frontlines of the End SARS protest. The journalist, who got an Emmy nomination for her BBC African Eye documentary exposing sex for grades in universities, was announced as one of the MTV EMA Gen Change winners. According to the MTV EMA organizers, Kiki and other women won because of "all the work being done on the frontlines to change the world for better" 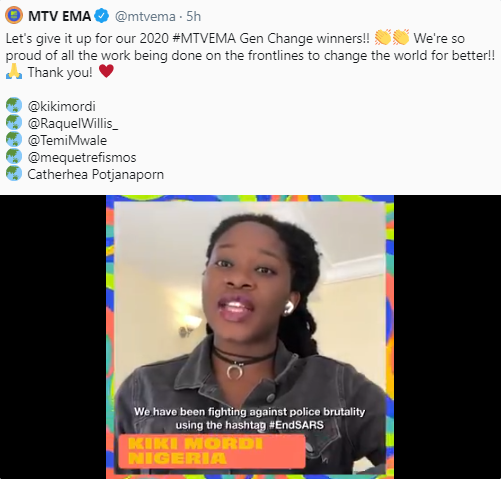 Below is a video shared by MTV of Kiki speaking about police brutality in Nigeria.  Let's give it up for our 2020 #MTVEMA Gen Change winners!! We're so proud of all the work being done on the frontlines to change the world for better!! Thank you! ♥ @kikimordi @RaquelWillis_ @TemiMwale @mequetrefismos Catherhea Potjanaporn pic.twitter.com/U2KVsE5h3s— MTV EMA (@mtvema) November 3, 2020The post Nigeria’s Kiki Mordi emerges 2020 MTV EMA Gen Change winner for her work on the frontline of the End SARS protest appeared first on Linda Ikeji Blog.

EXCLUSIVE: Presidency To Extend Buhari’s Stay In UK Amid Protests Over Medical Treatment