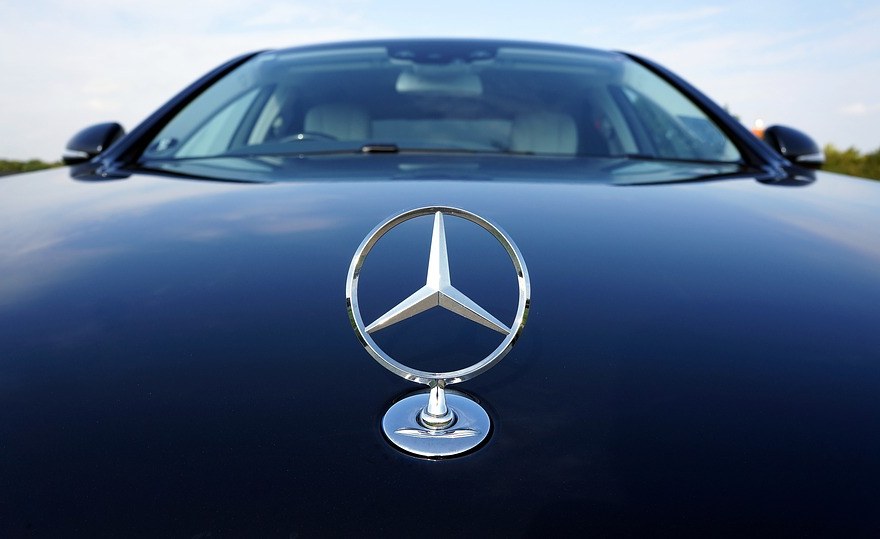 A Nigerian police officer involved in a failed bid to extort money from a footballer has been captured on video making embarrassing claim that Nigerians driving Mercedes Benz cars are fraudsters.

The video, which has been circulating on the internet, has prompted a police investigation into the incident.

The police officers are yet to be identified.

Enyimba is one of the most successful football clubs in Nigeria, having won two African Champion League titles, eight Nigerian championships, and four federation cups since 2001.

Mr Chukwude was flagged down by two police officers along Ugwuoba highway on Monday, while he was travelling from Awka to Enugu.

The footballer, in the 60-seconds video, is heard telling a police officer seated beside him in the front of his CL 500 Mercedes Benz car, “I have shown you my ID card, you’ve searched my car, you’ve seen everything related to a footballer, and so what else is it?

“You want to take me to the (police) station, for what?”

The police officer, from the video, pointedly told Mr Chukwude that the footballer was a ‘Yahoo boy’, a euphemism for an internet fraudster.

“Let me ask you, is it everybody that drives a Mercedes (Benz) that is a Yahoo boy?” Mr Chukwude said to the officer.

“Yes, it’s everybody,” the officer responded.

Shocked by the officer’s response, apparently, Mr Chukwude asked him again, “it’s everybody?”

“Yes, it’s everybody,” the officer insisted.

The officer, realising the incident was being recorded by Mr Chukwude, became panicky, and began to struggle with the footballer for the iPhone he was using.

The footballer on Wednesday recounted to PREMIUM TIMES what happened.

He said since he was doing a live broadcast of the incident via Facebook, the officers could not find the video when they searched his iPhone.

“It was a lonely road and I was afraid because I was alone in the car. I didn’t know what they were up to. That’s why I did the live video,” Mr Chukwude said.

“Calls started coming into my phone, from people who were watching the video. When answering the calls, I put them on speaker for the police (officers) to know that people out there were aware of what was going on, so they policemen became afraid.”

Mr Chukwude said the police officers refused to take him to the police station, even when he repeatedly asked them to do so.

When they finally realised Mr Chukwude was not going to succumb to the intimidation and harassment, the officers resorted to begging the footballer to give them “small thing for pure water (just any little amount of money)”.

Enyimba Football Club is consulting their lawyers on the matter, PREMIUM TIMES learnt.

But the footballer said he would not press charges against the erring officers.

The police headquarters in Abuja, on Tuesday night issued a statement, soliciting for information that could help them investigate the incident.

Sudan: Food Riots Show That the Transitional Government Still Has Much to Achieve