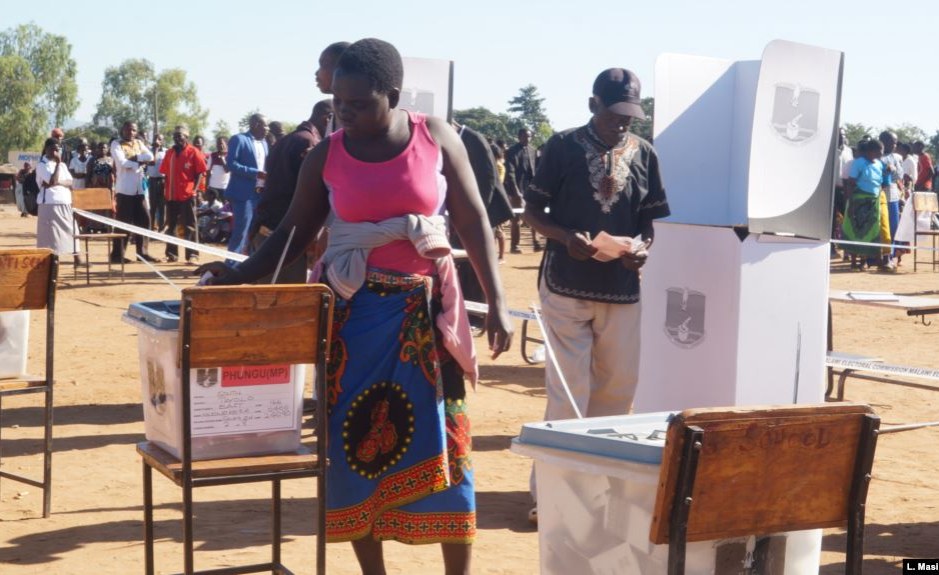 Malawi is bracing itself for another round of demonstrations this week, the fourth in a series of poll-related protests that have rocked the relatively peaceful Southern African country. Demonstrators say they are targeting the airport and the country’s borders to show their dissatisfaction with the deteriorating political situation. The government has warned the police and army to stop any disruption of its national key points.

Malawi has been in turmoil since the 21 May general elections. The presidential polls were won by a whisker by the incumbent President Peter Mutharika against a spirited challenge from opposition leader Lazarus Chakwera and former vice president Saulos Chilima.

The polls have been dubbed the Tippex election after numerous results sheets had figures erased by the correction fluid and different figures superimposed onto them. The practice has rallied the opposition and ordinary citizens and fomented suspicions of rigging. The Malawi Electoral Commission admitted that Tippex was used, but denied any wrongdoing.

The opposition filed a court challenge following all the prescripts laid down in the Electoral Commission Act (2010). The matter is now before the country’s Constitutional Court. Three months later, a determination on the case is yet to be made. This has fuelled an already volatile situation with some restive sections of civil society and the opposition staging massive nationwide protests amid violence, looting and destruction of property.

This week’s renewed campaign by Malawi’s human rights coalition is focusing on getting the Malawi Electoral Commission chairperson Jane Ansah to resign because activists say she was responsible for the rigging of the results. If she steps down, it will show that the May elections were indeed not credible and a rerun should be held.

However other civil society organisations say even if she resigns, fresh elections won’t be any more free and fair because a new electoral commission would again be appointed by the current president and accused of bias. Many want a more thorough review of the electoral system. Such a bill is on the table but has yet to be signed into law.

One of civil society and the opposition’s main gripes is the first-past-the-post system that permitted Mutharika to win the presidency with just 38.57% against Chakwera’s 35.41%. Under the proposed new law, a run-off would have been held between the two frontrunners.

Emotions are running high and efforts by former president Bakili Muluzi to get the warring parties to negotiate a truce to prevent further protests haven’t been successful. The prolonged protests have dampened economic activity and stalled investment plans. Civil society activists fear that whatever the outcome of the Constitutional Court case, the opposition and protesters won’t accept either a confirmation of Mutharika’s win or a rerun.

One civil society leader in Lilongwe says the political crisis ‘has gone far beyond just the elections’. ‘If you look at the age of the demonstrators who are mostly young and unemployed, you notice that the activities are also about venting their frustration at the simmering state of affairs.’ Just over 50% of Malawians live below the poverty line.

Some of Malawi’s civil society leaders travelled to Dar es Salaam to attend a meeting on the margins of the Southern African Development Community’s (SADC) 39th summit last week. Mutharika was notably absent.

Malawians joined others in civil society calling on SADC to play a role in ensuring free and fair elections. Some believe the region could help get the parties in Malawi together by appointing a respected and neutral mediator who could defuse some of the tension.

It is doubtful, however, whether SADC itself can play a neutral role as an organisation. It already declared in its interim report that the May elections were free and fair.

SADC rarely speaks out about electoral abuses and has been silent on the situation in the region, notably Zimbabwe’s July 2018 elections. At the Dar es Salaam summit delegates also congratulated President Félix Tshisekedi from the Democratic Republic of the Congo (DRC) with a standing ovation. SADC prevented the African Union (AU) from playing a more robust role in these disputed elections.

In its final communiqué, the summit noted the threats of terrorism and piracy in the DRC and the wider SADC region, but other peace and security issues were largely absent from the document.

A number of important elections are taking place in SADC in the next few months, including the hotly contested presidential polls in Mozambique on 15 October and Botswana on 24 October. The role of SADC observers will be important in the case of disputes over the outcomes.

In view of increasing electoral contestations and subsequent protests in SADC, the regional body must rethink its approach and provide leadership in response to the aspirations of citizens and not only those of heads of state.

In many ways the Malawian 21 May elections failed the key test of credibility and fairness as enunciated in the SADC Principles and Guidelines Governing Democratic Elections. Yet the regional bloc seems unmoved.

Going forward, until August 2020, SADC will be chaired by Tanzanian president John Magufuli, who has been criticised for his intolerance towards the media and political opposition. SADC’s Organ on Politics, Defense and Security Cooperation will be chaired by Zimbabwe’s President Emmerson Mnangagwa.

Given the accusations of electoral fraud against Zimbabwe’s ruling party, it is doubtful whether there will be any change in SADC’s approach to governance and democracy issues in the coming year. But SADC risks a legitimacy crisis and a challenge to its utility if it ignores the voices of ordinary citizens.

Meanwhile Malawians continue to take to the streets for greater transparency and a shake-up in its electoral system – with or without the help of SADC and the international community.

Jubilation as the Holy Spirit Led Snr Prophet Jeremiah Omoto Fufeyin to Identify his Pastor Friend of Many Years in the Crowd of Worshippers.