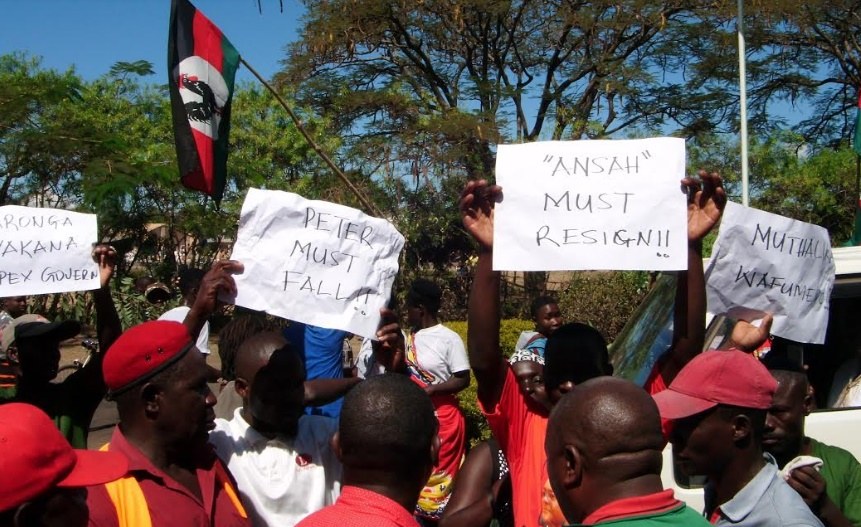 Human Rights Defenders Coalition (HRDC) chairperson Timothy Mtambo has announced that they will hold a three-day shutdown of the country’s cities from Wednesday August 28 in new rounds of protests to demand the resignation of Malawi Electoral Commission (MEC) chairperson Jane Ansah.

Mtambo told reporters that they will protest in the streets since demonstrations that were planned from August 26 to 30 in the country’s airports and ports of entry has been cancelled after the High Court last week granted an injunction to Malawi Revenue Authority, stopping the five-day demonstrations.

He, however, said the HRDC is fighting to lift the injunction in court, saying they will not relent to push for Ansah’s ouster. Mtambo added that government has declared war against people using their own taxes by asking police officers to attack protesters.

Mtambo maintained that concerned citizens will not be cowered into accepting an incompetent electoral commission.

President Peter Mutharika has said the demonstrations being organised by HRDC and supported by opposition parties, are not about elections but were an attempt to usurp power.

But HRDC ha rejected allegations of trying to topple the government.

The HRDC which has been holding demonstrations since the announcement of the May 21 presidential election results, wants Ansah to resign and pave the way for investigations to identify and prosecute those who supplied Tippex that was used to alter election figures on result sheets.

The demonstrations have in some cases been marred by looting and violence.

Ansah, a judge of the Malawi Supreme Court of Appeal, has dismissed calls for her to resign for allegedly mismanaging the presidential election, saying she would only step down if the court found her leadership to have failed to discharge its duties.

MEC declared Mutharika of Democratic Progressive Party (DPP) winner of the presidential race in the May 21 Tripartite Elections with 1 940 709 votes, representing 38.57 percent.

The Constitutional Court is currently hearing a case brought by the opposition to have the election results annulled over irregularities.