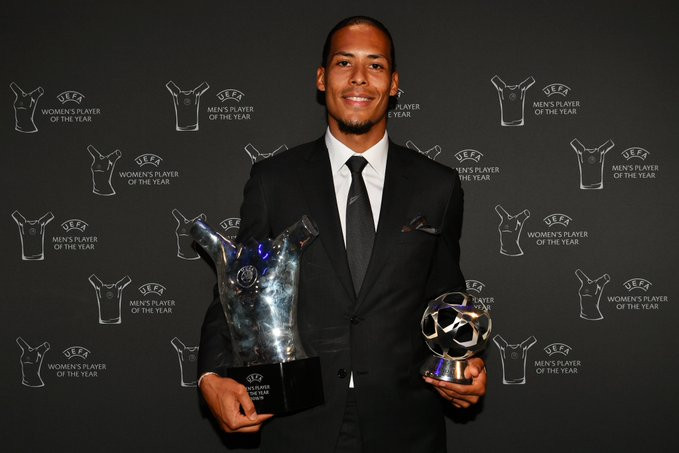 The Liverpool defender beat Barcelona star Lionel Messi and Juventus superstar Cristiano Ronaldo to win the award at a ceremony which took place in Monaco, France on Thursday, August 29, 2019

The 28-year-old who also picked up the prize for the UEFA Champions League defender of the year, played an influential role for Liverpool as they won the Champions League and UEFA Super Cup. He also helped his team to finish second place in the Premier League and reached the UEFA Nations League final with Holland in the summer, where they were beaten by Portugal.

After he picked up the prize, he said: “I’m very proud to get this trophy and it’s all credit to everyone that has helped me along the way.”

The Dutch defender then revealed that he idolised Brazil legend Ronaldinho as he grew up.

He added: “I looked up to a young player as Ronaldinho as he had so much joy in the way he played – with his tricks.

“It was a great feeling to watch him play. “

Lionel Messi was crowned the UEFA forward of the year, but was unable to beat Van Dijk to the overall award.