I did not burn down any police station. I only stole two crates of Trophy drinks and a generator – Suspected arsonist confesses (photos) 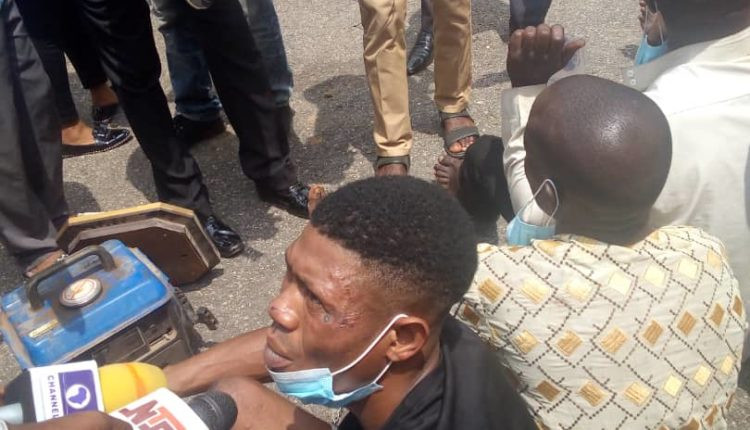 A suspected arsonist, Taoreed Hamzat, 26, who was arrested for allegedly participating in the burning of  Iseyin Police station, has denied the allegation, stating that he only carted away two crates of trophy beers and a small generating set during the vandalization of the police station. Hoodlums who hijacked the #EndSARS protest that started on October 8, went on a rampage last week Wednesday October 21, destroying private and public infrastructures. The hoodlums set several police stations ablaze across the country. One of which was the Iseyin police station in Oyo state. The state police command arrested some of the suspected arsonists and looters and paraded. 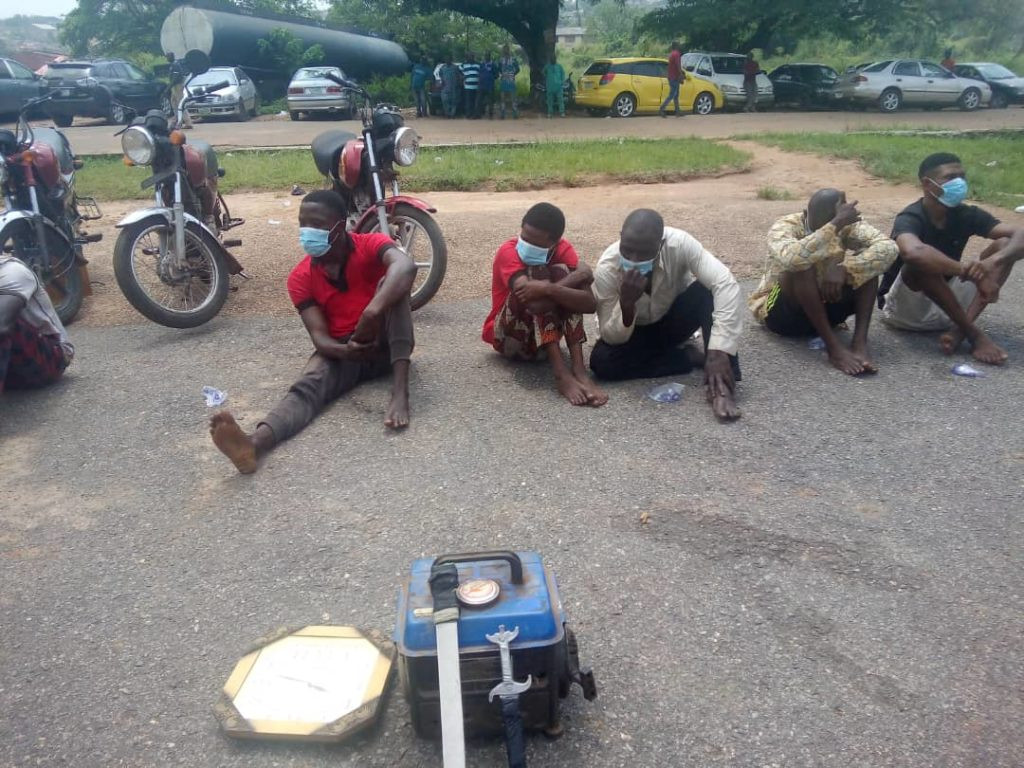 When he spoke to newsmen during the parading, Taoreed also known as Shorlex, said ''I joined the other protesters who are mostly my area boys, I saw them looting the station and I also joined and I was fortunate to have carried only two creates of trophy lager beer, and I didn’t even take them to my house. I dropped them right in front of the station and it was shared within us we drank them and shattered the bottles.I met this small generating set at the entrance of the station, the youths are about to burn it alongside with the Police station, so I carried it to my house, though, I later returned it to the mosque the following day, when our King ordered us to return all the looted items in our possessions back to either Mosque or Palace.I did not steal this wall clock from the police station, I picked it at entrance of the mosque after have dropped the generator so its not part of the items I looted from the station. Taoreed said The state commissioner of police, CP. Joe Nwachukwu Enwonwu, confirmed that at least six policemen were gruesomely murdered during the aftermath of the end SARS protests. He also noted that the police cannot ascertain the numbers of the Police officers lost to the sad incident. CP Nwachukwu said some of the hoodlums went as far as going to the houses of those officers purposely to kill them. The post I did not burn down any police station. I only stole two crates of Trophy drinks and a generator – Suspected arsonist confesses (photos) appeared first on Linda Ikeji Blog.

0 comments on “I did not burn down any police station. I only stole two crates of Trophy drinks and a generator – Suspected arsonist confesses (photos)”

FULL CAN STATEMENT: RE: NSCIA Accuses CAN Of Campaign Of Calumny Over Shortlisted Justices Of The Court Of Appeal: A Rebuttal