How Kidnapping Is Making Families Poorer 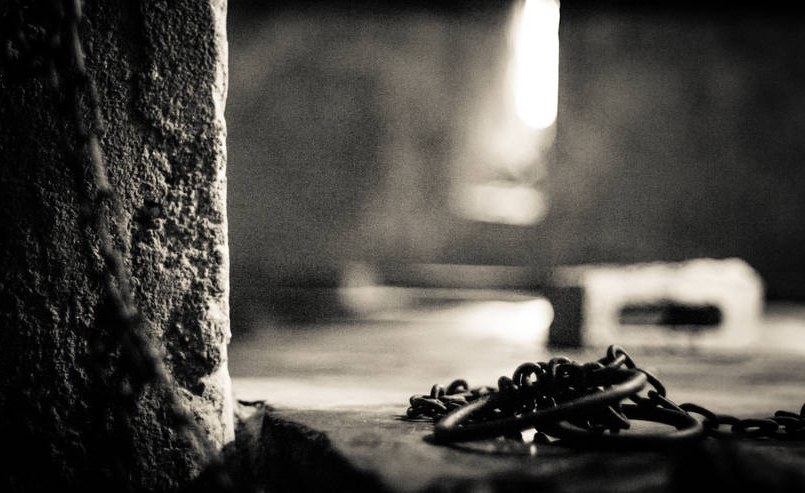 The spate of kidnapping in the country is taking a toll on the economy as the payment of ransom running into millions is making Nigerians poorer, Daily Trust investigation has shown.

Families of victims interviewed in different parts of the country have given accounts of how the payment of ransom robbed them of their means of livelihood and, in several instances, their loved ones as well.

While some have incurred huge debts from borrowing others had to sell their farmlands, livestock and other properties to secure the release of their beloved ones.

In April this year, a Takum-based businessman Usman Mayo, was held captive even after his family paid N100m to the kidnappers who insisted on another N100m before freeing him. The abductors eventually released him after collecting another N5m.

Even the three final year students of the Ahmadu Bello University (ABU) kidnapped on the Abuja-Kaduna highway were freed after their families coughed out N5.5m as ransom.

Their coursemates said the three had traveled to Abuja on behalf of the diner committee to meet with prominent lawyers and Senior Advocates for financial support.

In Sokoto, parents of a kidnapped victim from Gundumi, Goronyo local government area, Mallama Rabi Mahmuda, said they sold all their livestock and stored grains to raise the N2milliom demanded by her captives.

The housewife said her relations also had to beg the well-to-do in the area to meet up with the kidnappers’ demand.

“We are now suffering economically because we don’t have stored grains. The livestock we usually sold to raise money when in need is no longer available too,” she said.

Mallama Rabi said they are now living in abject poverty without any means of buying other livestock.

The Village Head of Danta Sakko, Alhaji Bello Aliyu, said about N70million had been paid as ransom since kidnapping started in the area over two years now.

In Edo State, a kidnapped victim, Ade Iyaju, said “I paid N500, 000 to regain freedom. My wife sold her jewelleries and some of her belongings to get me released. Apart from my colleagues in the office, friends also donated money. We virtually sold our belongings.”

He said after regaining his freedom, he is still paying debts.

In Zamfara, Daily Trust gathered that dozens of farmlands and plots of land had been sold by families in their quest to pay ransom after the kidnap of their loved ones.

Some families, who spoke to our correspondent, said their numerous assets including houses had slipped off their hands just for their abducted family members to regain freedom.

“In January 2018, when they kidnapped my brother on his way home from a local market at Dangulbi in Maru local government I had to sell more than 120 bags of maize to raise ransom and this was not even enough because our father had to sell a good portion of his farmland to raise the N1.3m ransom placed on my brother’s head”, said a resident.

Another resident, Ali Abdullahi from Gama Giwa village in Maradun local government area, whose father, alongside his daughter was kidnapped, said they sold five of their cows and two farmlands to free them.

“As I am talking to you now we are no longer residing in Gama Giwa village because we lost our farmlands on which we depend for our livelihood. My father is at Talata Mafara town staying with his brother while I am now in Sokoto surviving by commercial bike riding”, Abdullahi said.

Daily Trust reports that incidents of kidnapping are on the decline in many parts of Zamfara State, with many bandits embracing the government’s peace efforts.

In Kaduna, relatives of kidnap victims say they go through lots of stress to raise ransom money as most victims are economically disadvantaged.

A kidnap victim in Rijana, a town on the Kaduna-Abuja expressway, said when he was kidnapped earlier this year, his relatives had to resort to various means to raise the N450, 000 finally negotiated upon.

He said his relatives had to empty all their savings and even had to borrow from their friends to raise the amount.

Another resident of Birnin Gwari, a driver, who was kidnapped along the Birnin Gwari-Funtua road, said when the kidnappers finally agreed to collect N500,000 as ransom, he had to instruct his family to sell the mud house he had built to raise the money.

“My friends also set up a committee that went round to collect contributions, some gave N20, 000 some N30, 000 until the amount was complete,” he said.

Our correspondent in Katsina reports that a father (names withheld) who paid N2million as ransom for his two children kidnapped last year said: “I sold my house, borrowed some monies which I am still repaying to secure their release. It is not easy, my whole business can’t help out; I had no option than to sell my house and other belongings to raise the monies.”

According to the source an elderly man came down with paralysis because of pressures trying to raise ransom monies to rescue his child in kidnappers’ captivity. In Nasarawa State, the village head of Hunki in Awe local Government, Malam Muhammadu Hunki said his abductors demanded for a ransom of N4million but later accepted N600, 000 before they released him, adding that his family suffered to raise the money.

A Yobe based economist, Dr Binta Yahaya, said the economic effect of kidnapping and the demand for ransom has huge implications on Nigeria’s economy, adding that it is a social problem that must be tackled by government squarely.

“The growing rate of insecurity on the roads has both social and economic implications. The fear of uncertainty on the land discourages investment and movement across the country, because not many Nigerians can afford traveling by air which seems the safest means currently. It will also discourage the supply of agricultural products leading to shortage of supply to meet the growing demand”, she said.

Also speaking, Dr Mohammed Ali said kidnapping for ransom has far-reaching consequences that could affect investments, production of goods and services and movement of skilled labor from one part of the country to another.

He said investors will be skeptical to come to Nigeria to invest with the prevailing insecurity in many parts of the country even with our abundant resources, adding that the hospitality business and other sectors will also suffer a great deal.

“Farmers will be scared to go to farm for fear of being kidnapped; even education because parents will prefer to keep their children safe at home than send them to where they may be kidnapped,” he added.

0 comments on “How Kidnapping Is Making Families Poorer”