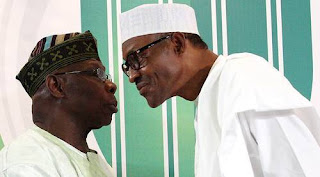 "The continued problems in our world is built into the system that mankind has evolve to inculcate disparity 'et bequeath wickedness and there is no better solution than we as a people being fair to each other in the society." – OneForAll

For your perusal, these are the highlighted points of what former President Obasanjo told President Buhari in his widely read statement. Patiently read as follows;

Mozambique: U.S.$280 Million Mobilised for ‘Energy for All’