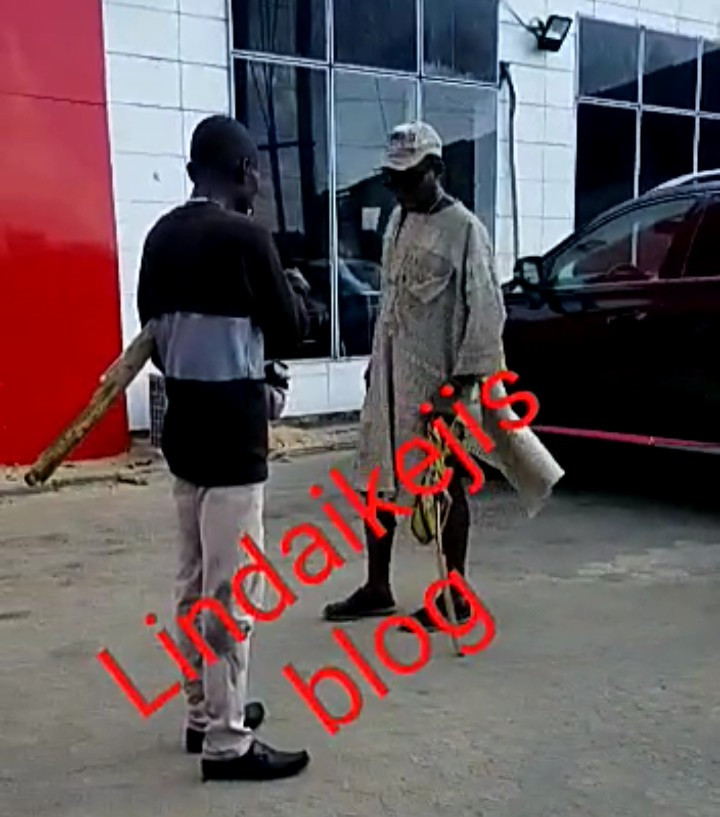 A large crowd gathered today at Choba Junction in Port Harcourt as a pastor allegedly cured a mentally unstable man.

In a video obtained by LIB, the pastor is seen with a rosary around his neck as he confronted the fully-clothed mentally unstable man.

After a while, a crowd gathered as the ill man appeared to regain his senses and the pastor shaved his hair, making him look presentable.

Witnesses can be heard making several comments in the crowd. Some said the man, who was now topless, had become mentally unstable as a result of smoking Indian hemp.

Watch the video below.