Buhari, Ramaphosa Meet Over Killings of Nigerians in South Africa 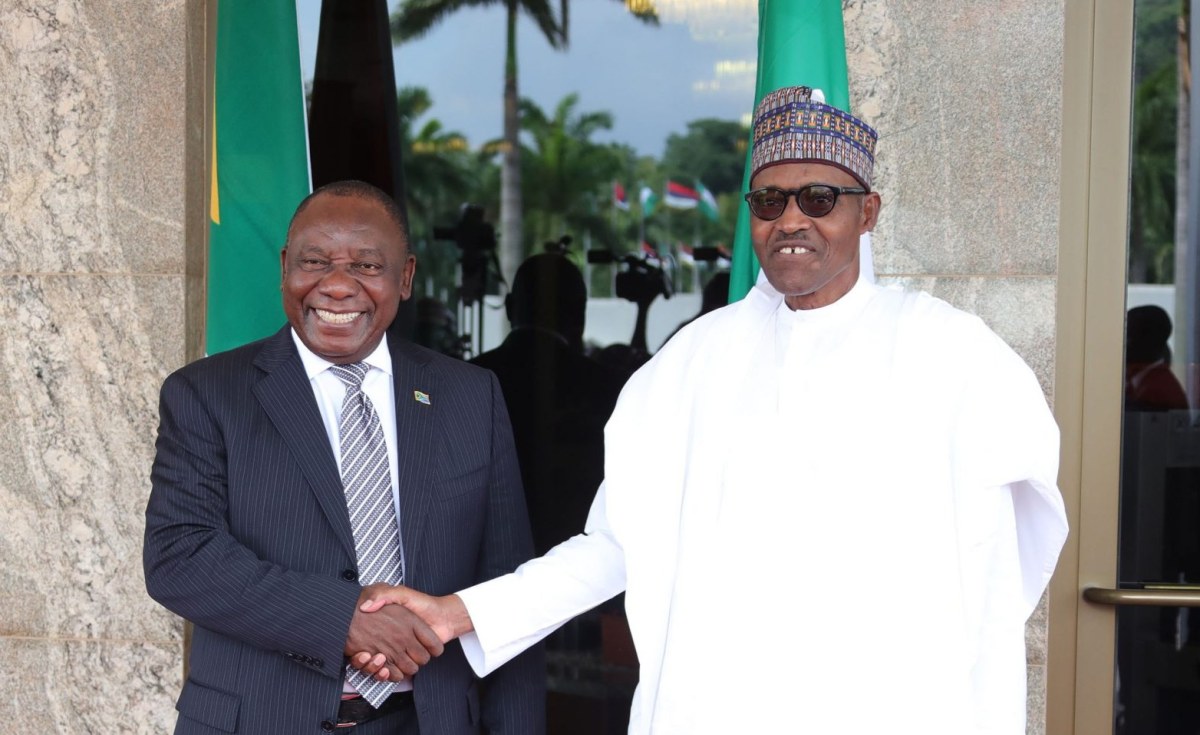 The President of South Africa, Cyril Ramaphosa, on Wednesday, expressed regret over the killings of Nigerians in his country.

He said the killings had necessitated a meeting between him and Nigeria’s President Muhammadu Buhari on how to stop the trend.

Mr Ramaphosa made this disclosure while answering questions from journalists after holding a bilateral talk with Mr Buhari on the sidelines of the ongoing seventh Tokyo International Conference for Africa Development (TICAD7) in Yokohama, Japan.

Nigerians in South Africa have over the years become targets of xenophobic fatal attacks by citizens of the host country.

Recently, the situation triggered protests by Nigerian students who had threatened to shut down South Africa’s investments in Nigeria. They also picketed some of the nation’s business outfits in Nigeria such as Shoprite malls and MTN offices.

However, the South African President disclosed that his country’s justice system had already taken up the matter.

He said he was not in support of the killings, insisting that there was no justifiable reason for anybody to be killed.

He said: “Well, no, no, we are going to be discussing all that because we have very good relations. We’ll talk about the issue of Nigerians who are dying (being killed) in South Africa.

“We feel very upset about that.

“Obviously, our criminal justice system is working on it. We don’t support killings. Nobody should ever be killed, but it’s also good to use this opportunity here in Japan to renew the bond between us, to talk about common things between South Africa and Nigeria. We know we have to play key roles in the overall development of our countries.”

0 comments on “Buhari, Ramaphosa Meet Over Killings of Nigerians in South Africa”