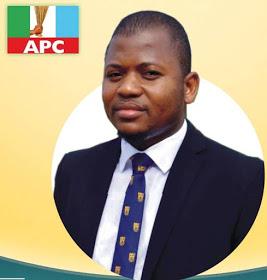 A Chieftain of the All Progressive Congress in the State of Osun and an aspirant in the last APC Primary election to represent Ayedaade, Irewole and Isokan Federal Constituency in the green Chamber, Barr. Atitebi Kazeem Abiodun, has congratulated the new Alayegun of Odeomu, Oba James Abolarinwa Oladipupo on his installment as the new king of ancient town of Odeomu.

The new king was installed on Monday after the Governor, State Of Osun, Governor Gboyega Oyetola gave the final approval at the State Executive Council meeting on Monday.

According to Atitebi, “I feel particularly elated of the state government of Osun wise choice of your person as the Alayegun of Odeomu, As a man of courage and valour, transparent, uniqueness and openness in our community, the town and the entire state of Osun will definitely tap from the fountain of your wisdom as Odeomu is in save hands with your installation as the Alayegun of Odeomu,” Atitebi Said.

He described the new king as a man of the people, a communist, Dependable, reliable and a trustworthy person, “

He also pray that may the reign of the new King bring more prosperity and peace to the community.

He also applauded the people’s governor, Mr Adegboyega Oyetola for his prompt approval and pray that may God let him succeed as he continues to saddle the affairs of the State.

He also acknowledged the Speaker osun house of assembly, Hon Timothy Owoeye, and all members of the house for their support.

Africa: Trump Impeached a Second Time – but Trumpism Will Live On