Arms scandal: You are on your own – PDP disowns Bafarawa, Dasuki, others

The Peoples Democratic Party, PDP, has distanced itself from all those nailed by the Economic and Financial Crimes Commission, EFCC, in the alleged diversion and theft of about $2.1 billion arms money.

The party in a statement issued by its national vice chairmen on Wednesday, at the end of a meeting in Abuja, hailed the anti-corruption crusade of the Muhammadu Buhari-led administration.

Among those arraigned are, former National Security Adviser, NSA, Sambo Dasuki, a former minister of state for Finance, Bashir Yuguda, and a former director of finance at the office of the NSA, Shuaibu Salisu.

Also accused is a former governor of Sokoto State, Attahiru Bafarawa, and his son, Sagir Bafarawa,

The body of vice chairmen, therefore, made a list of recommendations, including the following:

“That the PDP as a party dissociates itself from any of its members so indicted,” a statement signed by the body’s secretary, Cairo Ojougboh said

“That any member so convicted shall also face intra party disciplinary action and will be severely sanctioned accordingly.

“That the principle of the Rule of Law which was a cardinal focal point of the party while in government remains sacrosanct and immutable,” said the party.

The PDP claimed that its corrupt members had since left the party and frowned at what it described as the tagging of the party as corrupt.

“We make bold to say that those who are corrupt have left the party and those who left are indisputably mercenaries and soldiers of fortune.

“That the vast majority of PDP members at the grassroots are innocent and not corrupt and accordingly we frown at and reject the notion and tagging of the PDP as a corrupt Party.

“Nigerians will realize in the very near future that the PDP remains the only viable choice for the Progress and Unity of Nigeria,” the party said. 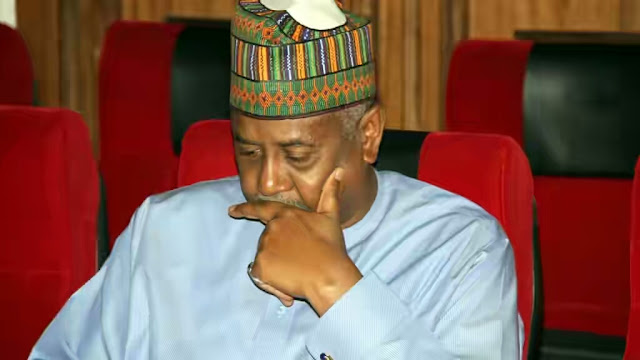 0 comments on “Arms scandal: You are on your own – PDP disowns Bafarawa, Dasuki, others”