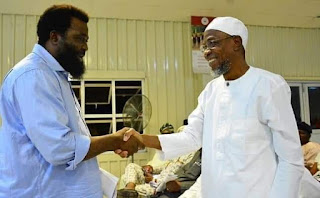 The Pioneer Director General, Amotekun Corps, State of Osun, Comrade Amitolu Shittu, has described the immediate past Governor of the state and incumbent Minister of Interior, Ogbeni Rauf Aregbesola, as a goal getter and a rugged political figure.

This is contained in a congratulatory message personally issued by Comrade Amitolu Shittu, on the occasion of the 63rd birthday of Ogbeni Aregbesola. 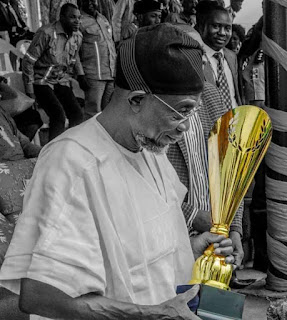 The Amotekun Osun boss described the birthday boy as his friend and leader, a trailblazer, charismatic and eloquent performer.

”Ogbeni Rauf Adesoji Aregbesola, on your 63rd birthday, may you celebrate more of today on earth In shaa Allah Robil Ameen !!”
He prayed.

The Progenitor of De Raufs Volunteer Group International, Comrade Amitolu Shittu then wishes Ogbeni Rauf Aregbesola all the best in the journey of life.#

Your Heart Must Be Bleeding For Northern Nigeria, Kukah Tells Late Ahmadu Bello In Open Letter