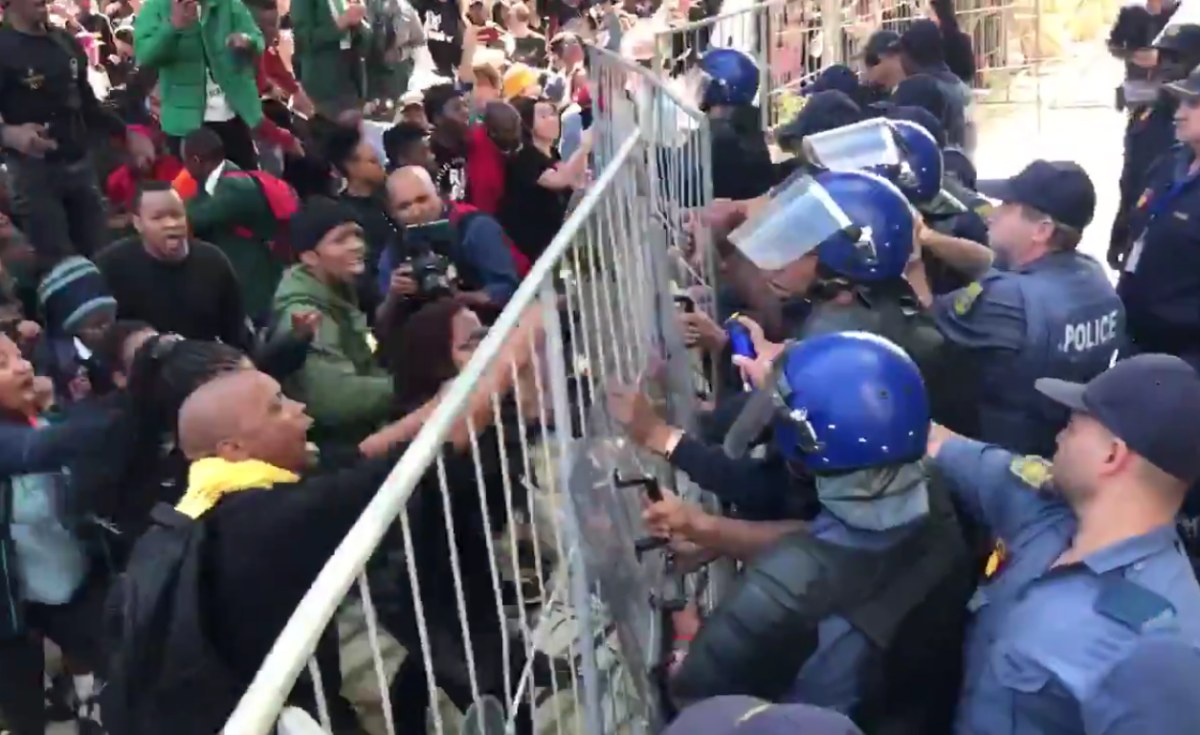 Cape Town — Protesters and mourners demanding to see President Cyril Ramaphosa over recent incidents of violence against women have marched to the Cape Town International Convention Centre (CTICC) where the World Economic Forum on Africa (WEFA) summit is being held.

Demonstrators held signs commemorating Uyinene Mrwetyana, Janika Mallo, Leighandre Jegels and Jesse Hess, victims of gender-based violence and whose abuse and deaths sparked outrage. Police clashed with several protesters at a barricade, forcefully closing an opening in the the fence around the CTICC with one officer using pepper spray to try and disperse some of the crowd.

The march comes as rumours circulate of presidents Paul Kagame of Rwanda, Felix Tshisekedi of DR Congo and Peter Mutharika of Malawi intending to absent themselves from the WEFA summit, according to The Star. The Department of international relations and co-operation (Dirco) denied the rumours, Times Live writes. Dirco spokesperson Lunga Ngqengelele said: “We are refuting these allegations. We knew that Rwanda was not coming. In their correspondence, they did not mention xenophobic attacks as the reason for not coming …  There was never an indication from the DRC that they were coming.”

This comes after the Botswana government issued a travel advisory cautioning all Batswana travelling to South Africa.