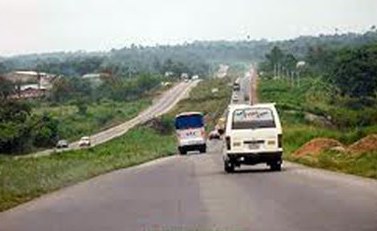 The Federal Road Safety Corps (FRSC) has stated that it has mobilised and deployed over 300 officers for two shifts operations on Lagos-Ibadan Expressway following the partial closure to allow reconstruction.

The Lagos State Sector Commander of the FRSC, Mr. Hyginus Omeje, made this known to the News Agency of Nigeria (NAN) yesterday in Lagos, after the corps and the construction company successfully carried out the diversion at 1.20p.m.

Omeje, who urged both the motorists and commuters not to panic on the development, said that nothing had really changed after the diversion as the road still allowed two lanes it was designated originally for.

According to him, the problem usually in the corridor is the multiplicity of lanes that cause unnecessary gridlock and confusion on the two-lane corridor.

He said: “We have successfully done the diversion today. We deployed as early as 6 am and Julius Berger (the Construction Company) met us on ground to tell you that we are ready.

“For sustainability and to ensure that our officers do not wear off, we are operating the shifts system. What we did was to withdraw personnel from our 13 component units in Lagos.

“We pull personnel from those units and component commands, and we camp them in the state headquarters in Ojodu from where they will be deployed on daily basis in the two shifts.”

He said that the corps was relying on the sizeable detachment of police with arms, who were on ground to provide security for the safety of FRSC officers that would work at night.

Ethiopia: Ethiopia Announces ‘Period of Silence’ Ahead of Elections