The President of the Senate, Senator Ahmad Lawan, has congratulated Senator Surajudeen Ajibola Basiru, on his appointment as the Director-General of the Osun All Progressives Congress (APC) Campaign Council.

This followed the Party’s inauguration of its Campaign Council last Thursday towards the re-election of incumbent governor, Adegboyega Oyetola at the July 16 governorship elections in the state.

Lawan, who described the task as onerous, prayed for guidance and protection for Basiru as he leads the Team Oyetola to victory at the polls.

“Distinguished chairman, congratulations on your appointment as the DG of the Gubernatorial Campaign of your state. I wish you Allah’s guidance and protection in this onerous assignment”, he said. 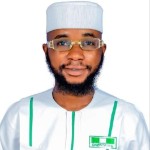